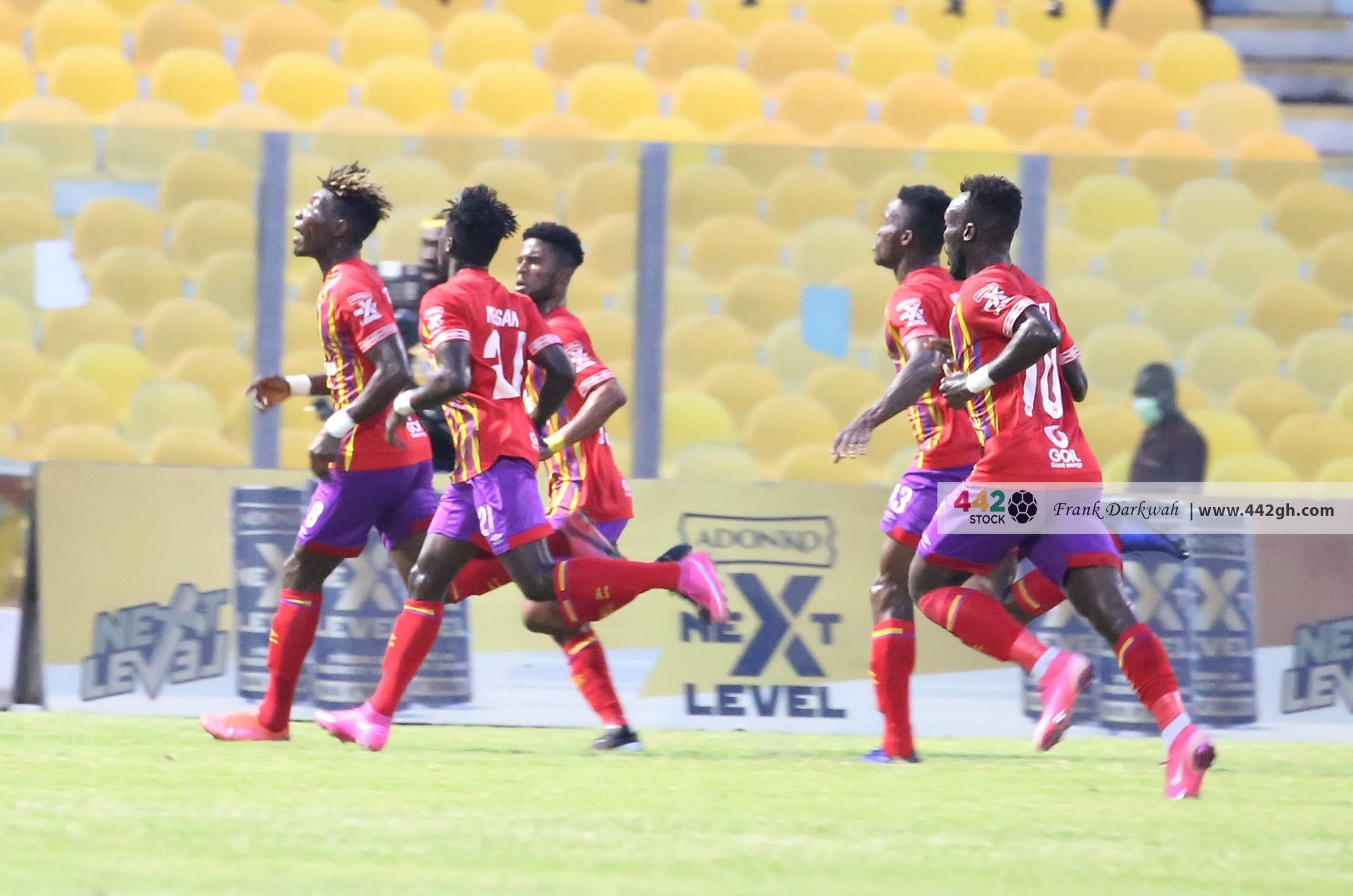 They sat home to beat Berekum Chelsea 2-0 at the Accra Sports Stadium in their matchday 27 game.

Kojo Obeng Junior on the 28th minute registered the second goal for the Never Say Die lads to increase their pace on the league log.

The upper hand was seen when Salifu Ibrahim picked Benjamin Afutu with his corner kick in the first ten minutes of the game. The Phobias charged up to rally support from their home fans with Benjamin Efutu header.

Hearts of Oak SC managed to end the half with their 2-0 lead.

Speedster Patrick Razak came off the bench for Isaac Mensah few minutes into the second department of the clash. Kofi Owusu and Stephen Amankonah for Berekum Chelsea failed to come to the party following the strategy mounted by Hearts of Oak SC backline.

The Bibires though made few incursions but needed a superb finishing feet to call for an equalizer and probably fight for a draw. The odds did not favour the visitors with Goalkeeper Ernest Sowah in goal post.

Victor Aidoo brought in some strong and powerful feet to the add speed to the Rainbows attack when Afriyie Barnie paved off.

The first half double was enough to ensure Hearts of Oak SC sit top of the league with 49 points. Two points better off arch rivals Asante Kotoko SC after they drew goalless in Dormaa.