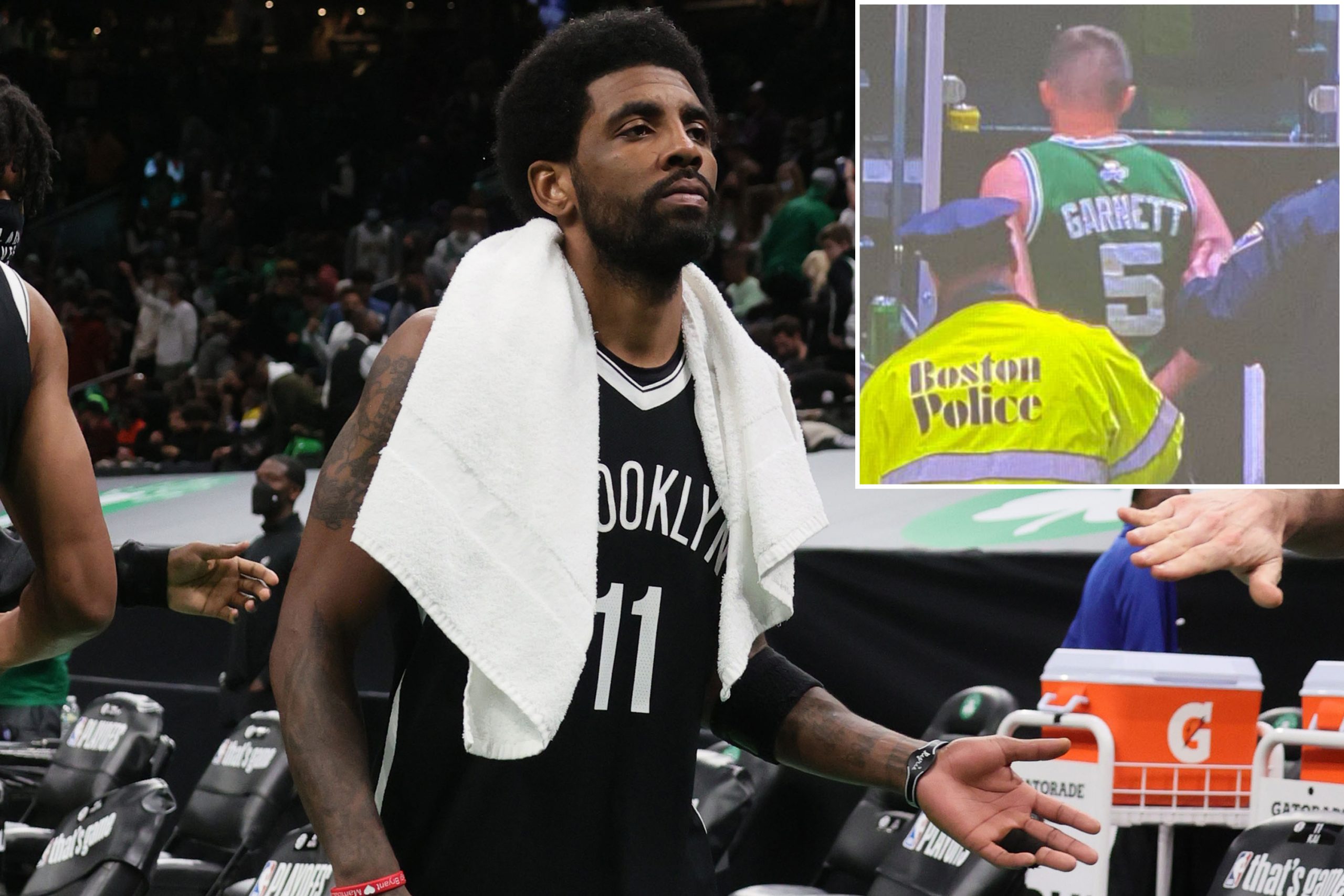 The Boston Celtics opened up to full capacity just in time for the local fans to jeer and swear — and worse — at Kyrie Irving every time he touched the ball.

Irving had 39 points and 11 rebounds to quiet the first post-pandemic full house at the TD Garden, and Kevin Durant scored 42 points to give the Brooklyn Nets a 141-126 victory over Boston on Sunday night and a 3-1 lead in the first-round playoff series.

Afterward, as Irving walked off the court he was nearly hit by a bottle thrown from the stands. The television broadcast showed Irving and Nets guard Tyler Johnson looking into the stands and pointing; video on social media appeared to show police taking a man in a Kevin Garnett jersey out in handcuffs.

The incident mirrored one in which a Philadelphia fan threw popcorn at Wizards star Russell Westbrook. The Sixers banned him from their games indefinitely.

Irving said he didn’t think banning or even arresting unruly fans would be enough to solve the problem, ascribing it to “underlying racism and treating people like they’re in a human zoo.”

“People feel very entitled out here,” said Irving, who played for the Celtics from 2017-19 and said last week he experienced racism during his time in the city.

“As a Black man playing in the NBA, dealing with a lot of this stuff, it’s fairly difficult. You never know what’s going to happen,” he said. “It’s just unacceptable for that stuff to be happening. But we move on.”

The fans — most of them attending their first home playoff game in more than two years — gave Durant the New York Yankees treatment in pregame warmups, chanting his name derisively and cheering for each missed practice shot. They were even more foul-mouthed toward Irving, who professed his love for Boston and the Celtics before opting out of his contract in 2019 to join the Nets.

“We know how these people here are in Boston. We know how passionate they are about Kyrie in particular — they’re still upset at him,” Durant said. “That’s no reason for them to act childish. Glad we got the ‘W.’ Hopefully, we don’t have to come back here this year.”