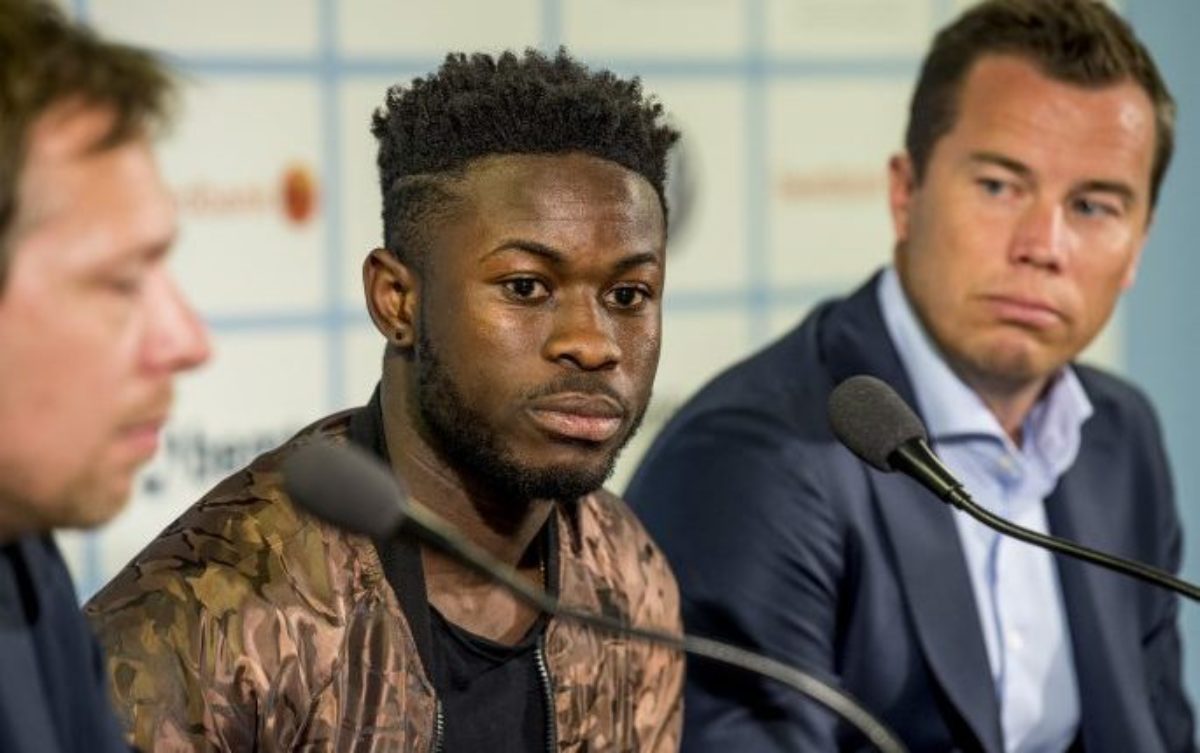 Ghana midfielder Kingsley Sarfo says a Ghanaian lady caused the world to come crushing down on him.

The 26-year-old once had a promising career and had productive stints with Swedish topflight clubs Sirius and FF Malmo.

Sarfo was even invited to the Black Stars for a 2018 FIFA World Cup qualifier against Uganda four years ago.

However, his career took a massive nosedive when he was sentenced to prison in Sweden for allegedly raping a minor.

As a result of the arrest, he was suspended from playing football, although he was later released on good behaviour after serving almost two years in jail.

Sarfo is currently looking to get his career back on track, having joined Cypriot side Olympiakos Nicosia last September.

Recounting his dark days, the Ghana midfielder said a lady from Bantama in the Ashanti Region caused his predicaments.

“It was a Ghanaian-born and bred lady who took me to the court. The lady is from Bantama. The lady came to look for me after I was released from prison,” Sarfo told Kumasi-based Pure FM.

“I have sought redress at court. I want the truth. I will not encourage even my son to play football in Sweden.

“I went through emotional torture. I have overcome the trauma and looking forward to continuing my career,” he added.

Sarfo has played 22 matches in all competitions for Olympiakos Nicosia this season, scoring one goal.