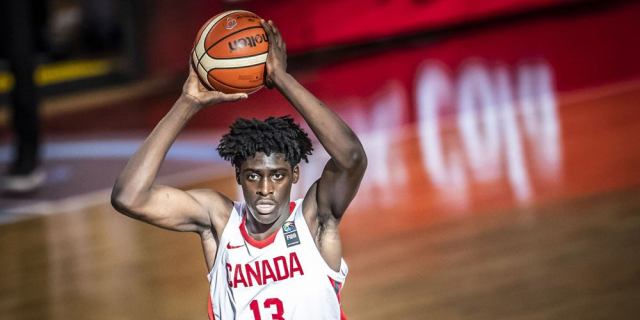 The Under 19 World Cup tips off on Saturday, July 3 and is scheduled to end on Sunday, July 11 with games to be hosted in Latvia’s capital, Riga.

Charles Bediako and Nana Owusu-Anane have been named in the team to compete for the 2017 World Champions that was led by New York Knicks Guard RJ Barrett.

6 foot 11 inch Center Bediako and 6 foot 9 Power Forward Owusu-Anane are expected to man the frontcourt positions for Team Canada though the latter has the ability and athleticism to play as a Small Forward.

Both players are expected to compete at the College level immediately after the tournament with Bediako competing for University of Alabama and Owusu-Ansah doing same at Brown University.

Charles Bediako had a brief run with Canada’s Senior Men’s Team Camp but was omitted from its final list.