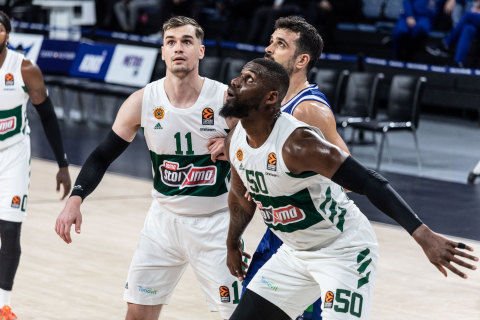 Three weeks ago, Panathinaikos OPAP Athens released forward-center Ben Bentil. After spending two seasons with the “Greens”, during which he has lifted two Greek Basket League titles and a Greek Cup, the 26-year-old has found a new job in Turkey, as today he was announced by Bahcesehir Istanbul.

Prior to getting Bentil on board, the Turkish team acquired EuroCup sensation Jamar Smith from Unics Kazan, gunner Erick Green from Real Betis, and Vladimir Stimac from China.

Bentil played 31 games last season with Panathinaikos, averaging 6 points and 2.6 rebounds per game. He made his EuroLeague debut with the Greek side in the 2019-20 season, averaging 3.1 points and 2 rebounds in 23 games.

His resume includes also a successful stint with Peristeri BC in Greece and a short time with the Dallas Mavericks during their 2016-17 campaign. The Ghanaian big man was drafted 51st overall by the Boston Celtics in the 2016 NBA draft.