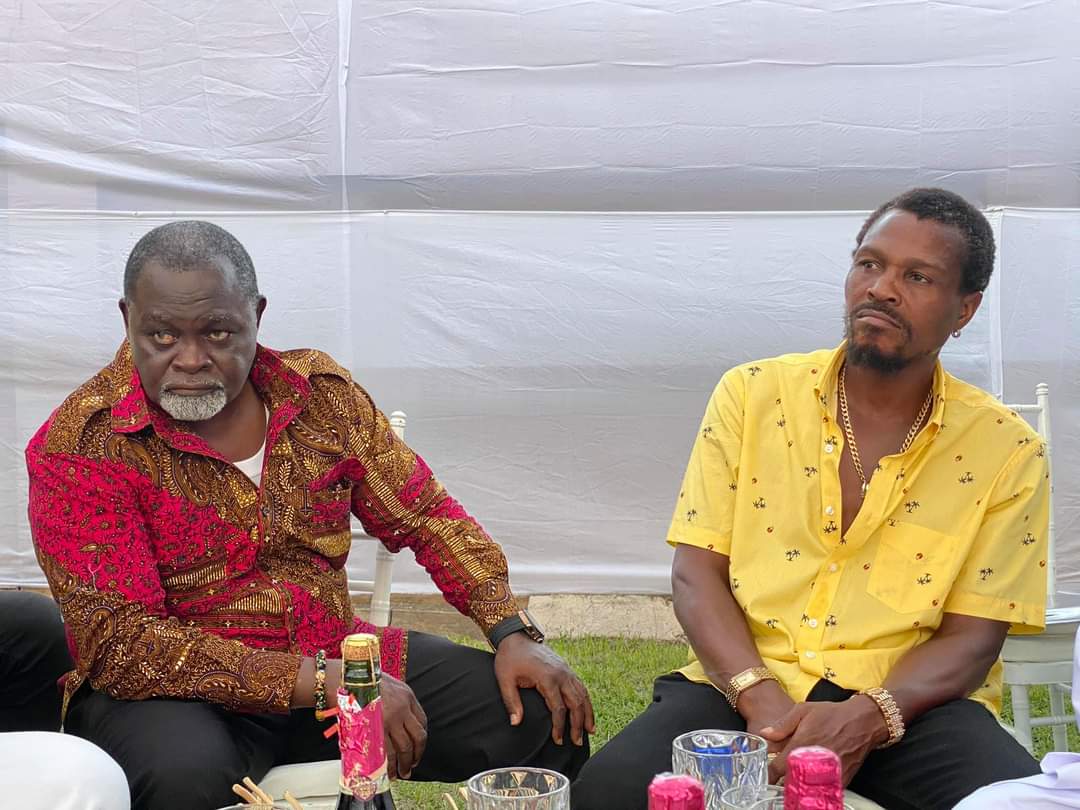 Twenty seven years after winning Ghana’s third boxing world title, Ike ‘Bazooka’ Quartey, says he is the opposite of a grace to grass case as is being suggested on social media.

This was triggered by a picture of the 51-year-old which was trending heavily on certain social media platforms.  It had to do with his current look which is a deviation from his regular clean shave.

The picture in question has the former world champion, spotting a gold chain blue basketball jersey and wearing a broad smile which shows some of his gold-studded teeth. His hair is grown and has some bushy facial hairs as well. This left some suggesting on social media that he had financial issues and was also indulging in drugs.

This picture went viral on various platforms and drew negative comments about the former champion to express worry about his look.

In an exclusive conversation with Joy Sports on the matter the Bazookaman said “I don’t do drugs. I don’t do that. Since I retired I have been focusing on my family and my businesses.”

“By the Grace of God I am very comfortable and working on my hospital project. The fact that I decided to grow my hair does not mean I am on drugs. I am also growing and cannot look the same as I looked previously,” he said.

Quartey, who won the WBA welterweight title 27 years ago, hung his gloves after his million dollar fight with his boy hood boxing mate and fellow former champion, Ronald ‘Winky’ Wright, in Las Vegas at middleweight. Quartey retired on a record of 37 wins four losses and a draw with 32 of his wins coming via knockouts.

Quartey was one of Ghana’s biggest boxing exports to the rest of the world in the 90s and became Ghana’s third boxing world champion after the legendary D.K. Poison and Azumah Nelson. He immediately warmed his way into the hearts of Ghanaians after defeating the then champion, Crisanto Espania via an 11th round KO in France. Espana retired nine months later after recording a win in a contest. He was one of the best rated in the welterweight division and had his powerful right jab rated by the Ring Magazine as one of the deadliest in the sport.

In 2008, he was awarded a grand medal of the Republic of Ghana by then President J.A. Kufuor at the state awards for his contributions to the sport and dedication to the national image building efforts. This was on the back of a heavily followed comeback from 2005. Ike had taken a four year hiatus from the sport following his loss to Fernando Vargas in the year 2000 and had a much anticipated comeback with great interest from Ghanaians and boxing enthusiasts around the world.

The ring magazine named him Comeback boxer of the Year in 2005 following his impressive wins against Clint McNeil in Accra, Verno Philips in Memphis Tennessee and Carlos Bojorquez in Las Vegas. In the bout against Phillips he was knocked down in the eighth round but beat and count and finished the round as well as the bout with a massive recovery.

His name is also printed in one of the stands of the iconic Bukom Boxing Arena, in Accra alongside nine other boxing world champions

In the past few years Quartey has made many appearances at major boxing fight nights and has been throwing focus on his business interests especially a hospital project which is expected to be completed within the next two years.