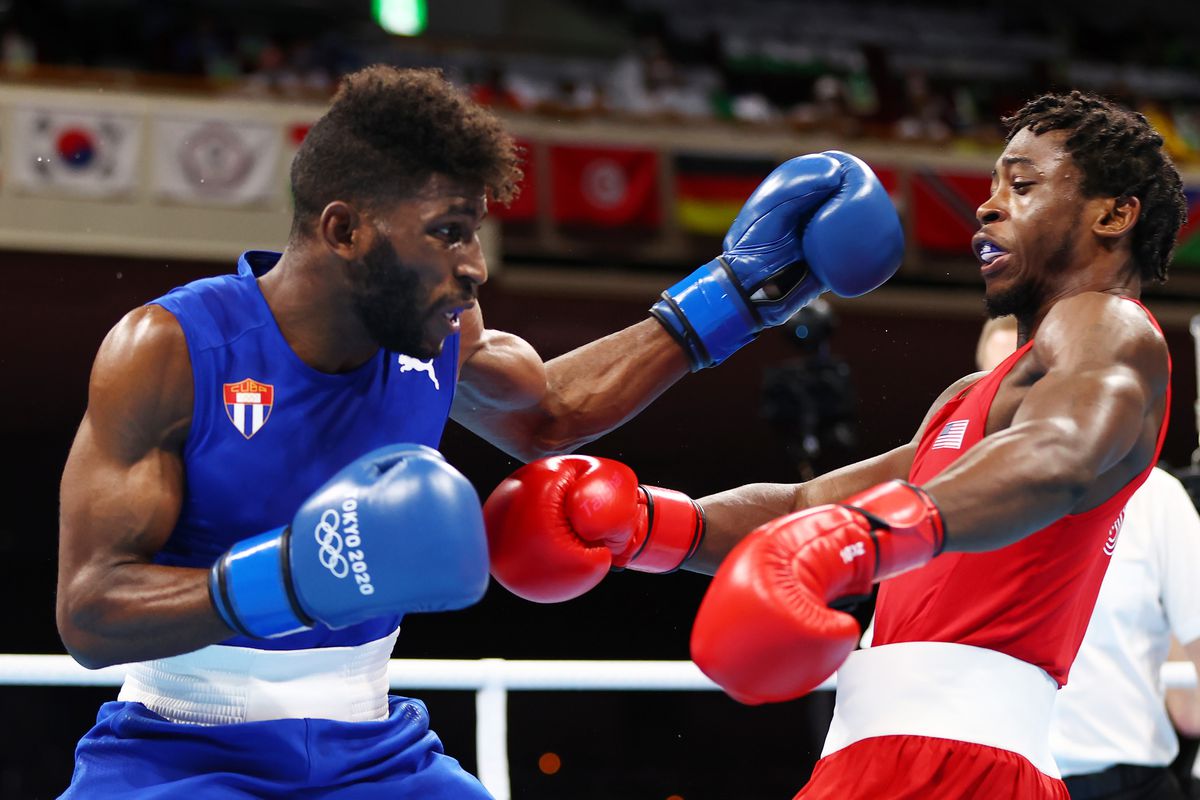 In a re-run of the 2019 World Championships, the 22-year-old American was forced to take silver after a split decision favoured Cruz, who is also the reigning Pan-American champion.

Davis had set a quick pace from the opening bell by going out on the attack with Cruz biding his time before hitting the target. The top seed went back to his corner at the end of the round ahead by four judges. The story reversed in the second round when Davis, buoyed on by the vocal support of his team in the Kokugikan Arena, landed a series of blows on the 25-year-old to win all 10s from the judges.

There was everything to play for the in third round. Davis was a constant threat, but Cruz replied with killer jabs and by the end both raised their arms in celebration. There was an agonising wait for the result before it was announced that Cruz had won 4-1 and the Olympic title. The judges had preferred his ability to defend himself and reply with less frequent shots. On his way to final, he had demolished Australia’s Harry Garside 5-0 in the semifinal, and in the earlier rounds Brazil’s Wanderson de Oliveira 4-1 and Great Britain’s Luke McCormack 5-0.

“I’m very happy because I could reach my goal. It was my goal to reach gold and I accomplished that,” said an elated Cruz after the bout.

Davis, who took silver, also reacted positively to the fight: “I feel like it was a great fight. It was moving so fast, I barely remember it. But I felt like it was a 3-2 decision, it was a good technical fight, I think the fans loved it.” On winning a silver medal, he added: “Everything was worth it, man. Even though it’s a silver medal, I still learned a lot about myself in this tournament, leading up to the silver medal. I think I’m a better fighter now.”

The bronze medals were awarded to Garside and Armenia’s Hoyhannes Bachkov, who Davis had beaten in the semifinal 5-0.