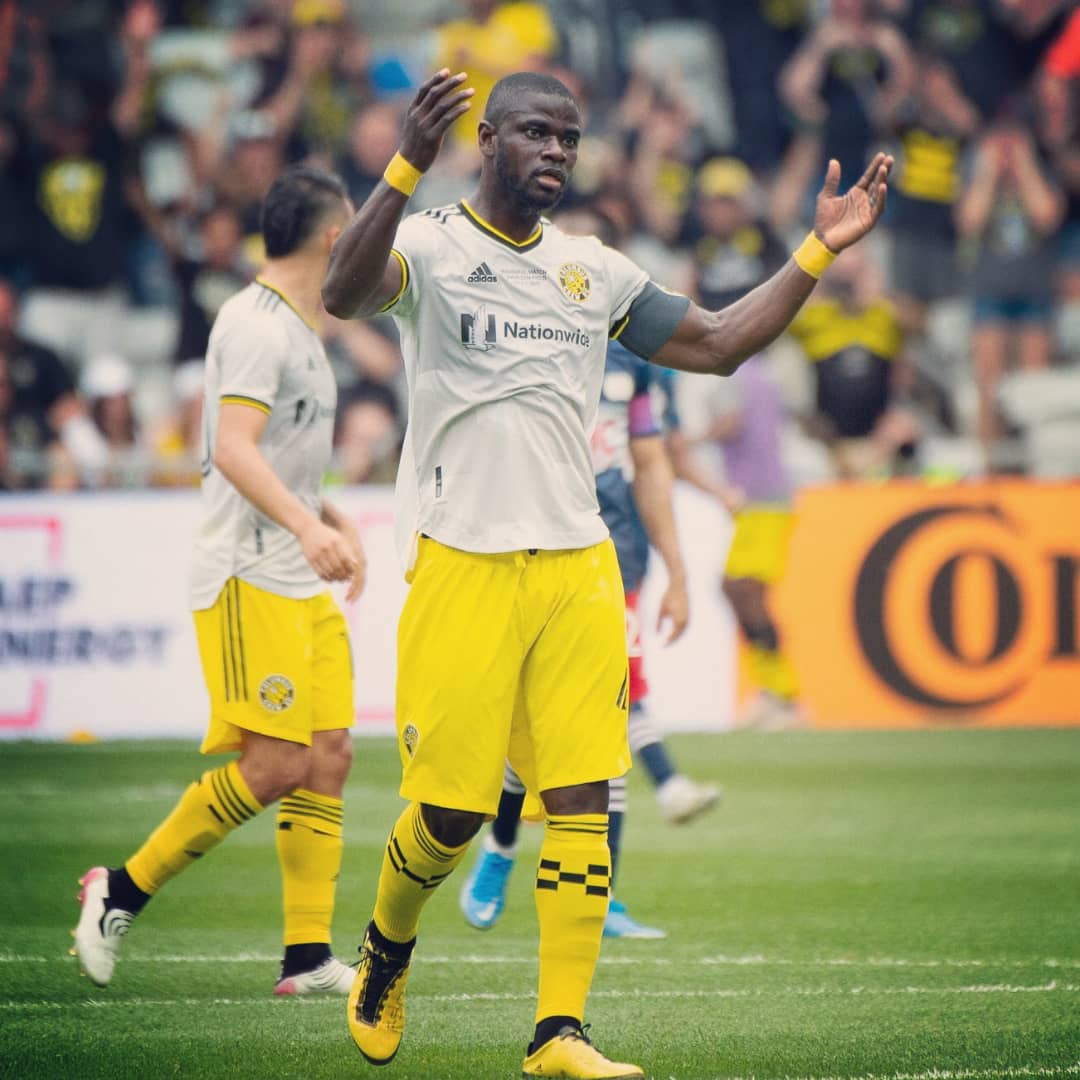 Ghana defender, Harry Afful was sent off for two yellow cards in the first half with Columbus Crew down 0-2, but the MLS champions captained by another Ghanaian rallied to force a 2-2 draw against rivals, FC Cincinnati in the Ohio derby.

The Columbus Crew were able to rally late to force a draw on the road at FC Cincinnati Friday night.

The Crew were forced to play from behind in the first minute of the ‘Hell is Real’ rivalry match with a goal by Cincinnati, the fastest goal of the season after a mere 26 seconds.

Cincinnati then went up 2-0 in the 24th minute with a goal by Luciano Acosta.

In the 42nd minute, Harrison Afful received his second yellow card and was giving the marching orders, forcing the Crew to play with 10 men the rest of the way.

Incredibly, Lucas Zelarayan got Columbus on the board in stoppage time of the first half and got the score to 2-1 at the break.

Miguel Berry tied the match at 2 with a goal in the 77th minute.