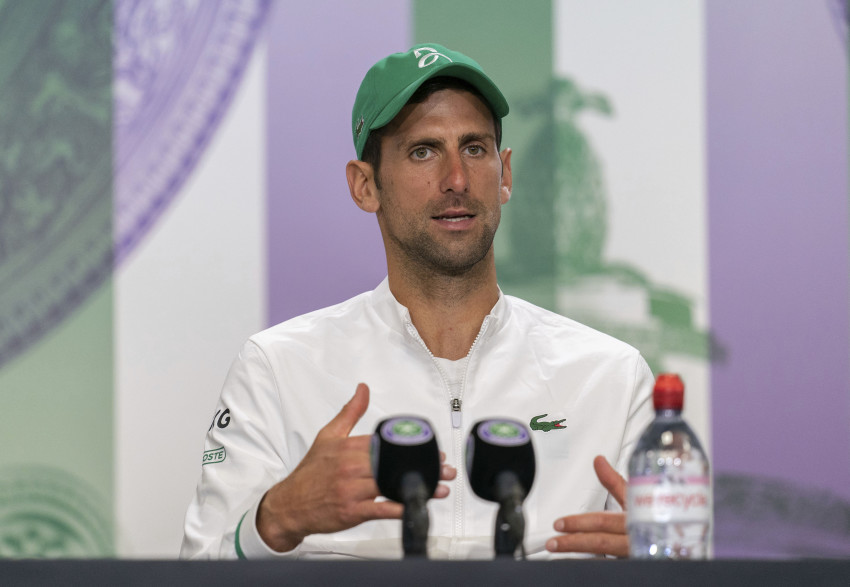 Even with a chance to complete a so-called “Golden Slam,” Novak Djokovic isn’t sure he’ll be playing at the Tokyo Olympics.

The lack of fans and the tight coronavirus restrictions in Tokyo means Djokovic remains on the fence about traveling to Japan.

“I’ll have to think about it,” Djokovic said after winning Wimbledon on Sunday. “My plan was always to go to Olympic Games. But right now I’m a little bit divided. It’s kind of 50-50 because of what I heard in the last couple days.”

That includes the news that there won’t be fans in the stands. And that the tight restrictions will mean he can only bring a limited number of people as part of his personal team.

“That was really disappointing to hear,” Djokovic said.

Rafael Nadal has already said he will not be playing in Tokyo, while Roger Federer has not yet made a decision.

The top-ranked Djokovic beat Matteo Berrettini in four sets to earn his third straight Grand Slam title after the Australian Open and French Open — and record-equaling 20th in total.

If he wins in Tokyo and at the U.S. Open, he’d be the first male tennis player to complete a “Golden Slam” — all four Grand Slam tournaments and the Olympics in the same calendar year.

Rod Laver was the last man to win all four Grand Slams in the same calendar year, in 1969.

Goran Ivanisevic, who is on Djokovic’s coaching team, would like to see the Serb add his name to the list.

“If somebody can win a Golden Slam, that’s him,” Ivanisevic said. “First time in his career, winning three in a row in the same year, having chance to win four. I mean, that would be unbelievable.”