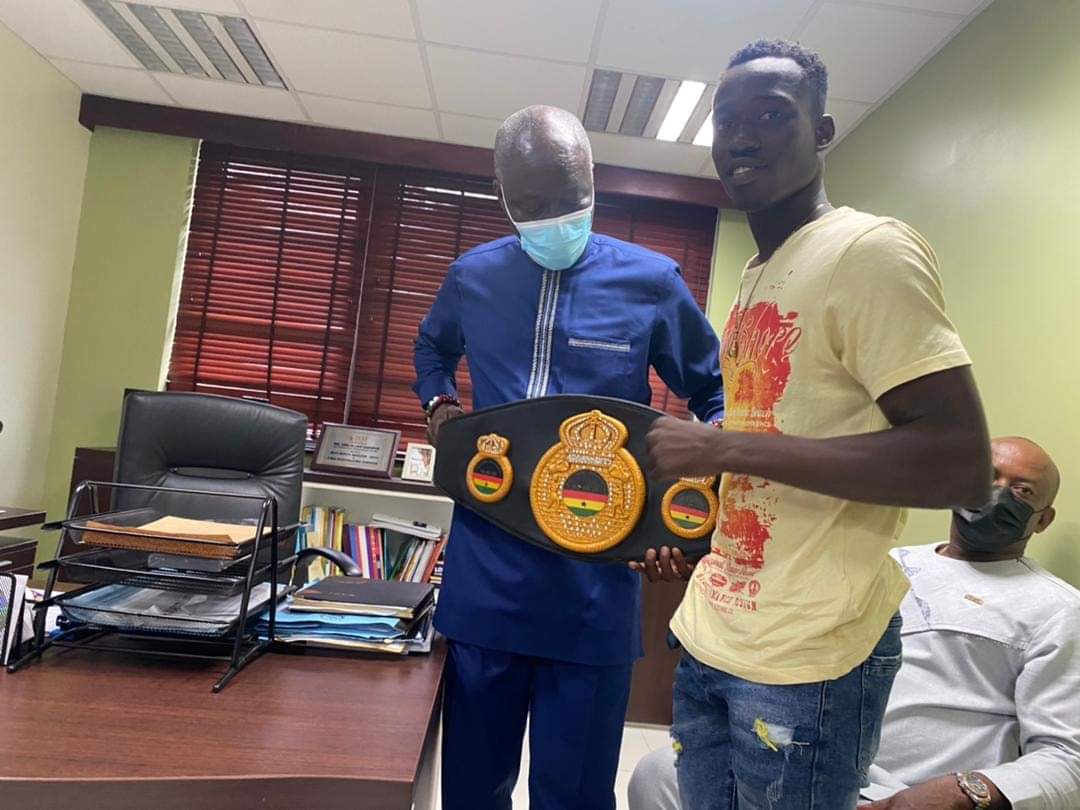 Undefeated Laryea (8-0-1, 6 KOs) took the opportunity to present his national title to Hon. Vanderpuye, himself staunch boxing fan and Member of Parliament for the Odododiodio constituency where Laryea hails and is the hub of Ghanaian prize fighting.

Young Laryea who was accompanied by his trainer, Lawrence Carl Lokko and mànager, Sammy Anim Addo as well as GBA executive, Yoofi Boham also used the ocassion to invite Hon. Vanderpuye to his upcoming WBO Africa featherweight title bid against holder, Sebastianus Natanael (14-2, 7 KOs) of Namibia who defeated Zimbabwe’s Jeremiah Mhere via a unanimous points decision to annex the continental belt back in April this year.

Young Laryea has home advantage against the 30 year old Nathaneal at the Bukom Boxing Arena on July 30 and his team are ready to lead him to victory as Ghana’s newest WBO Africa champion.

“I really thank God for John Abaja Laryea the Expensive boxer’s career and where he has taken him to, I believe in the work I’m putting in him for him to become a world champion soon,” said his coach, Carl Lokko.

Below are more photos from the meeting with the MP: