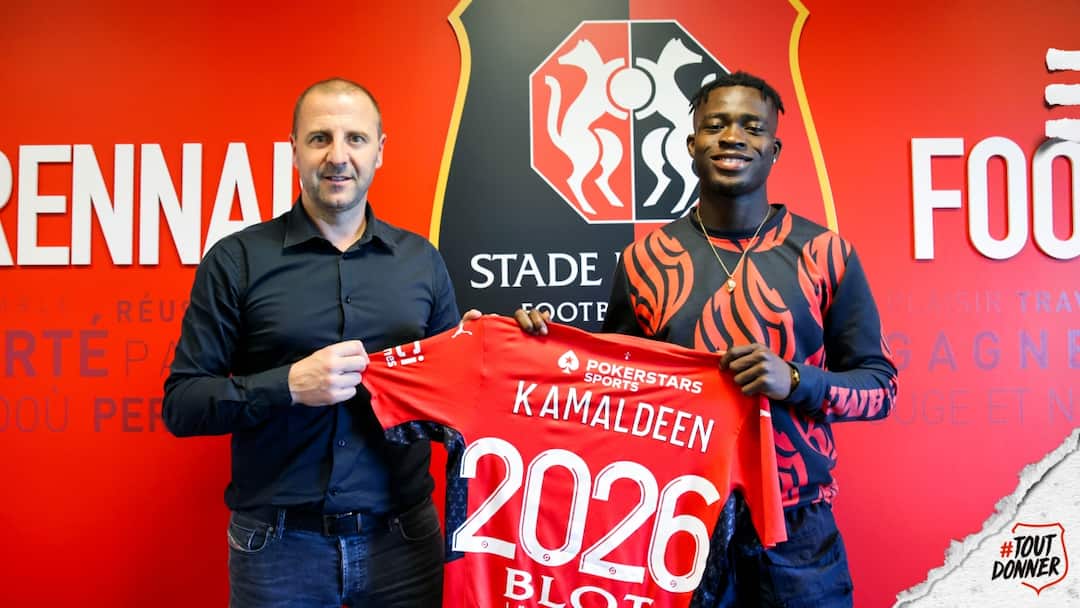 teenage superstar Kamaldeen Sulemana has sealed a record transfer to French top-flight side Rennes with a whopping transfer fee.

The 19-year-old signed a five-year contract to move from Danish club Nordsjaelland to the French side in a deal worth up to €21 million, agents involved in the deal have told Ghana’s leading football news outfit.

The deal is a straight cash deal that will give Nordsjaelland an immediate amount of €16 million with a further €5 million to be added depending on the appearances the winger-cum-striker makes for the French side.

The immediate cash deal is not €15 million as speculated in some media reports.

The youngster signed the deal few moments ago on Friday night after passing a medical with the Britanny club to complete another transfer record for a graduate of the Right to Dream academy in Ghana.

Rennes will make an announcement on the deal in the coming minutes after exclusive in-house interviews with the player.

Kamaldeen rejected offers from Dutch giants Ajax Amsterdam as well as overtures from English sides Liverpool and Manchester United to move to France.

Sources close to the player day he opted for the move to Rennes thanks to their concept of promoting young players and giving them playing time.

The prospect of also combining with fellow Ghanaian but Belgian international Jeremy Doku at the French Ligue 1 side further convinced him to make the switch to France instead of Holland where he had already visited to see the facilities of Ajax.

Sulemana joins the Ligue 1 side from Danish top-flight side Nordsjaelland and smashed transfer records across continents and countries.

He becomes the most expensive African teenager, breaking the record set by Nigerian international star John Mikel Obi when he joined the English side, Chelsea, from the Norwegian club Lyn Oslo for £16m which is about €18.5m.

The winger also becomes the most expensive Ghanaian teenager breaking the record set by his friend and former Nordjaelland team-mate Mohammed Kudus last year when he joined Ajax for €11million.

Kamaldeen becomes the most expensive footballer for Rennes breaking the €20million the French side paid for the Doku following his move from Belgian giants Anderlecht last season.

The Ghanaian is also the most expensive transfer for Danish side Nordsjaelland despite transferring Ajax star Kudus and Denmark Euro 2o hotshot Mikel Damsgaard to Sampdoria last year for nearly €8million.

Sulemana has been a long target for several clubs in Europe this season after scoring 10 goals and providing 8 assists in 29 appearances for Nordsjaelland.

He has two caps for the Ghana national team after making his debut in October 2020 in international friendlies against Mali and Qatar.