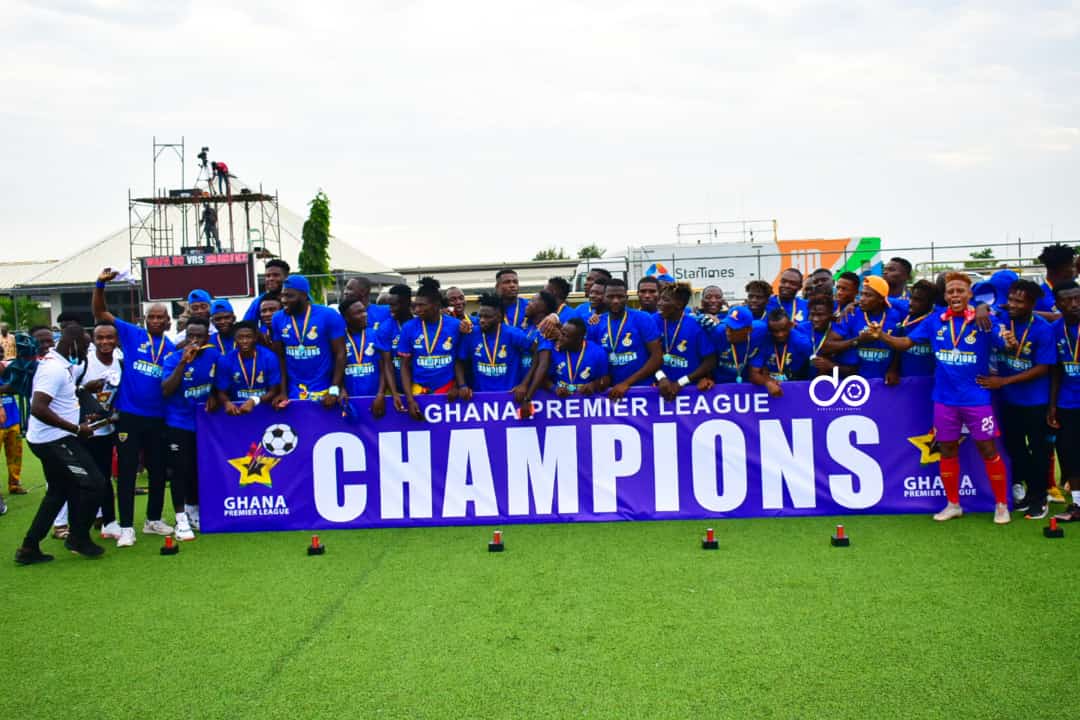 In their final match of the 34-week season, the Phobians suffered a 1-0 away loss to Wafa, but the result did no harm to their status.

It is their 20th GPL title in history, three less wins than archrivals Asante Kotoko who are the most successful club ever in the elite domestic championship.

Hearts finished the campaign four points ahead of Kotoko who could reduce the deficit to one should they beat bottom-placed Elmina Sharks in one of six matches scheduled for Sunday.

In Saturday’s away fixture, Atte Yousifou registered Wafa’s lone goal from a free-kick in the 64th minute to seal the win over Hearts. By the win, the Academy Boys have sealed the third-place spot as they sit four points clear ahead of their closest contenders.

While the top three spots have been decided, the fourth position is still up for grabs.

On Saturday, Great Olympics beat Dreams to move to the fourth spot, the status only possible because of their superior goal difference to fifth-placed Aduana Stars who could take over the position on Sunday should they grab at least a point in their clash with Karela United. The latter are ninth on the table.

One point below tied Olympics and Aduana, Medeama also stand a chance of finishing in the fourth position should they defeat Berekum Chelsea and Aduana fail to record a victory. Chelsea, meanwhile, are currently 10th on the table.

Also on Saturday, relegated Inter Allies bowed out of the elite division in humiliating fashion by a 7-0 thrashing at the hands of Ashanti Gold, who are ninth on the log. Amos Addai scored twice while Opoku Agyemang registered a hat-trick.

Interestingly, however, Inter Allies’ Hashmin Musah probably left Obuasi’s Len Clay Stadium as the most talked-about player after coming on as a second-half substitute and scored two own goals before being substituted out of the game before full-time.

In the other matches on Sunday, Legon Cities will face Eleven Wonders, Ebusua Dwarfs take on Bechem United while Liberty and King Faisal lock horns in Dansoman.