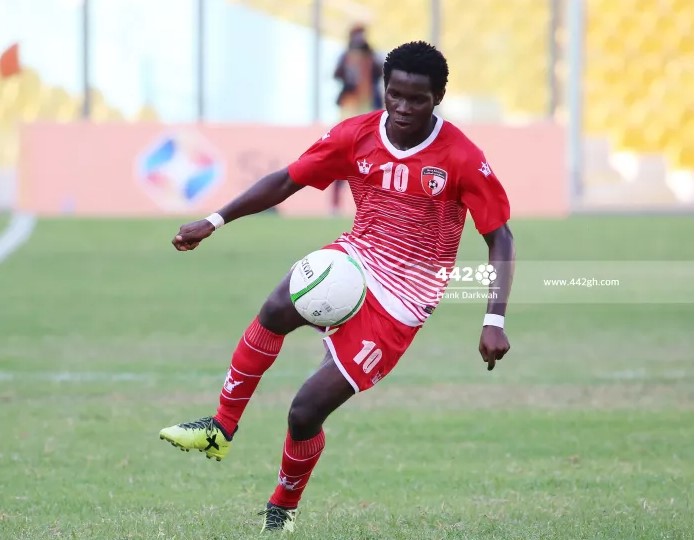 WAFA midfielder Augustine Boakye has set his sights on winning the African player of the year award in the next five years.

Boakye was phenomenal for WAFA in the just ended Ghana Premier League season, pulling some incredible numbers. He netted 9 goals and registered 12 assists with 6 man-of-the-match awards.

His outstanding performance has earned him a move to Austrian Bundesliga outfit, Wolfsberger AC and will continue his career in Europe in the 2021/22 season.

The African Footballer of the Year has been awarded since 1970 and only 3 Ghanaians have won the gong since its inception, Ibrahim Sunday became the first Ghanaian to win in 1971.

However, the 20-year-old said it is his aim to win the Africa best player award which has eluded Ghanaian players for sometime now.

“My target is to win the African footballer of the year award in the next five years,” he said in an interview with Angel FM/TV in Accra.

The enviable individual award in African football has eluded Ghanaian players after Abedi Pele last won it in 1993, despite Samuel Osei Kuffour, Michael Essien, Asamoah Gyan and Andre Ayew getting shortlisted in the top three.