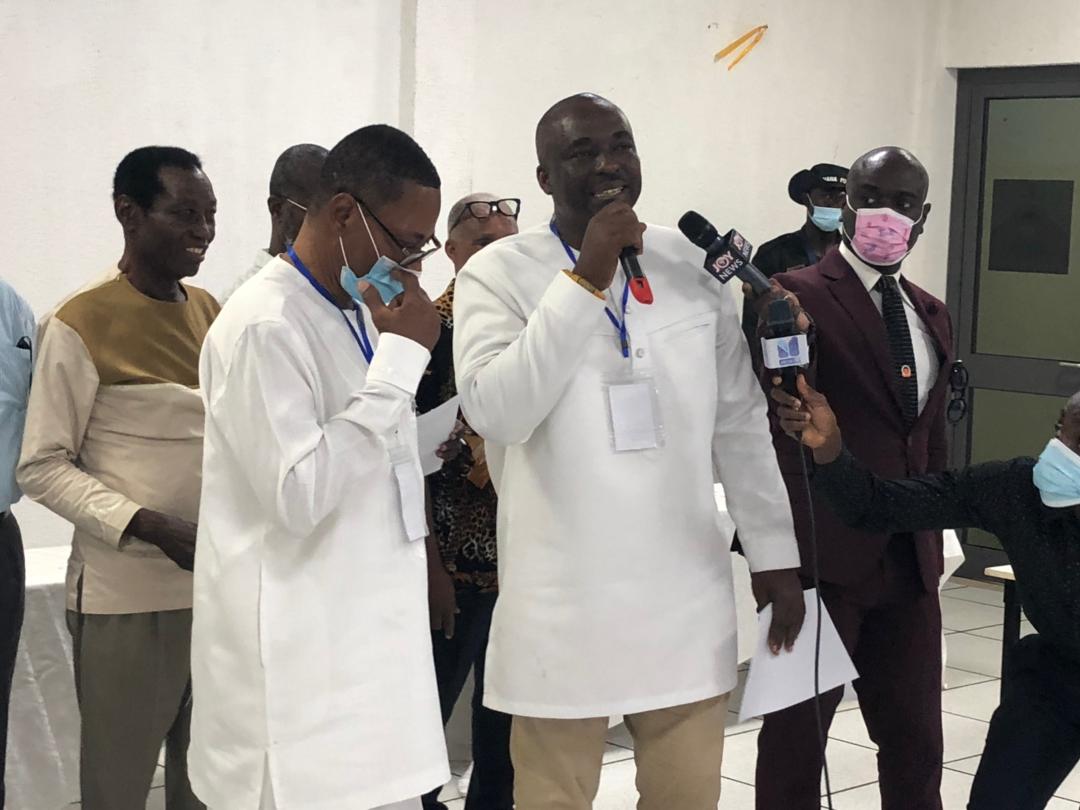 It is official, Abraham Kotei Neequaye is the new President of Ghana Boxing Authority (GBA) after he defeated opponent, Henry Manly-Spain in elections at the GBA Congress which came off at the Bukom Boxing Arena on Thursday.

Mr. Neequaye polled 54 votes to the 46 of Mr. Manly-Spain to emerge the new leader of Ghana boxing, beginning a 4-year mandate immediately.

He was sworn into office along with two Vice Presidents,a Treasurer and a 4-member executive board by Kwame Amponfi Jnr, Acting Deputy Director General, Technical of the National Sports Authority (NSA).

“I will like to say a big thank you to Mr. Peter Zwennes, he has been a father to us all and also to the entire boxing fraternity for trusting our leadership to me,” Mr. Neequaye said in his victory speech.

“I will also like to congratulate my big brother, Mr. Manly-Spain for contesting. We are boxing people and we don’t have losers. I will consult him, I know he will be part of the board because I’m going to work as a team,” the new GBA boss affirmed.

On his part, Henry Manly-Spain accepted defeat and wished the new board all the best.

“The stakeholders have spoken and it’s good for us all. They have made their choice and I thank each and everyone of you and I wish you all good luck. I will now take a backseat for some time before deciding what to do next,” Mr. Manly-Spain acknowledged.

Also elected to begin a new 4-year mandate were Rabbon Dodoo and experienced referee/judge, Roger Barnor as 1st and 2nd Vice Presidents respectively, who both contested unopposed, same newly confirmed treasurer, Lord Isaac Acquaye who has acted in the role since the demise of the late Fred Ghartey.