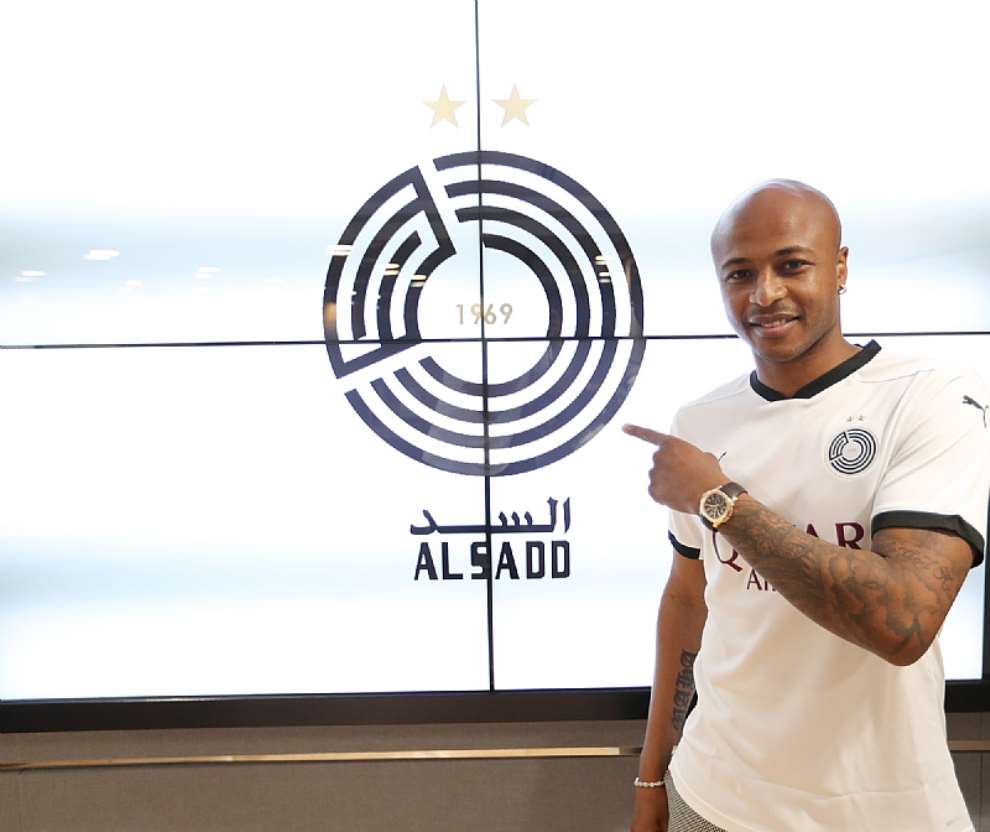 Ghana captain, Andre Ayew has targeted to win more trophies for his new club, Al Sadd but the main focus will be on the AFC Champions League, which obviously is the most luxurious silverware on the continent.

The former BBC Africa Footballer award winner, completed a sensational switch to the Qatari champions just a week ago- where he’s expected to take home $220,000 as monthly salary.

Speaking with the club’s official website, the ex- West Ham attacker stated he is here to ensure the club continue with their domestic dominance but will want to help them extend it this time to land the AFC Champions League.
He said; “My goal is to win titles, make the fans happy, strive hard and try to win the AFC Champions League.”
On why he chose to move to Qatar despite having offers from Premier League clubs, the 31 year old stated he couldn’t reject it when Al Sadd came calling because they have done a lot to his family, especially his father, the legendary Abedi Ayew Pele, who motivated his move to the Wolfs. He said;
“I am very happy and proud to be a member and player of Al Sadd Club, an important moment for me and my family, because of what Al Sadd club has given my family in the past, so when the club offered me a contract I agreed directly and I am sure we will win more championships,” Ayew said.

“There are certainly great memories I got from my father during his time playing with Al Sadd in the past, he told me a lot about Al Sadd and Qatar, and he helped me make the right decision to play for the dam.”
Andre Ayew, 31, is currently in the Asian country and is expected by head coach Xavi Hernandez very soon at training, with the King of Hearts set to depart for Spain to continue with their preseason exercise.
Credit: Kickgh.com