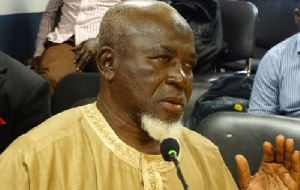 Zubeira Ibrahim a key player of King Faisal Babies has said he doubts if Alhaji Grusah founder and bankrolled of the club will settle on a foreign coach again.

Zuebiru said “judging from what happened in the season, I doubt if Alhaji Grusah will opt for a foreign again .

“Our coach (Nurudeen Amadu) is very good, his training programs shows he is a very good coach so I want the club to maintain him,” Zubairu told Kumasi based OTEC FM

“I’m happy Alhaji [Grusah] witnessed our situation and performances of the team during the season when the foreign coaches came in.

“I will be surprised if we (King Faisal) begin the season with a foreign coach,” he added.