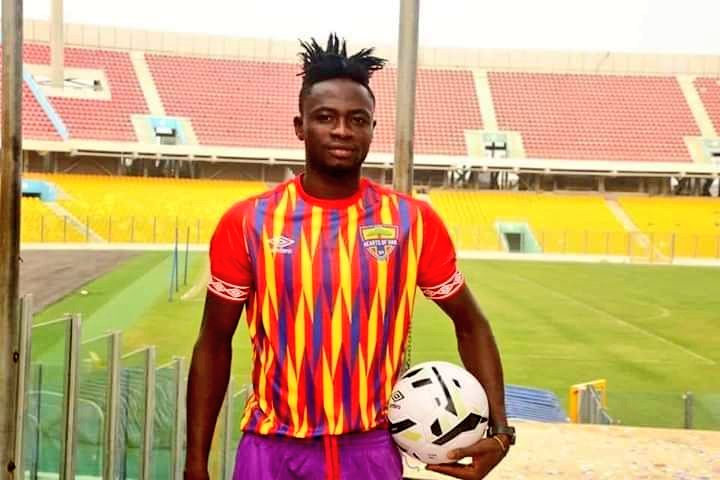 Happy FM’s best right-back of the season, Hearts of Oak’s Fatawu Mohammed, says he had sleepless nights whilst struggling to get playing time earlier on in the season under Kosta Papic.

Fatawu Mohammed was dropped to the bench with Larry Sumaila taking his position in the team.

The experienced right-back seemed to have lost his position in the team until the appointment of Coach Samuel Boadu.

The former WAFA player retained his position as right-back and captain of the team.

He put up an impressive performance in the just-ended season, helping the team to win the Ghana Premier League title for the first time in a decade.

Speaking in an interview after being crowned the best right-back in the Ghana Premier League by Happy 98.9FM, Fatawu Mohammed, shared his experience on how it felt to be dropped from the first team.

“I was having sleepless nights when I was on the bench. A lot of things went through my mind on whether my leadership was questionable or my performance was below standard”, he told Odiasempa Kwame Oware on Happy Sports on Happy 98.9FM.

The Ghana Premier League winner admitted that his toughest opponent in the season was against Berekum Chelsea forward Stephen Amankona.

“Stephen Amankona was the player who really gave me a tough time this season. He has pace, speed, and a lot of trickery in his play”