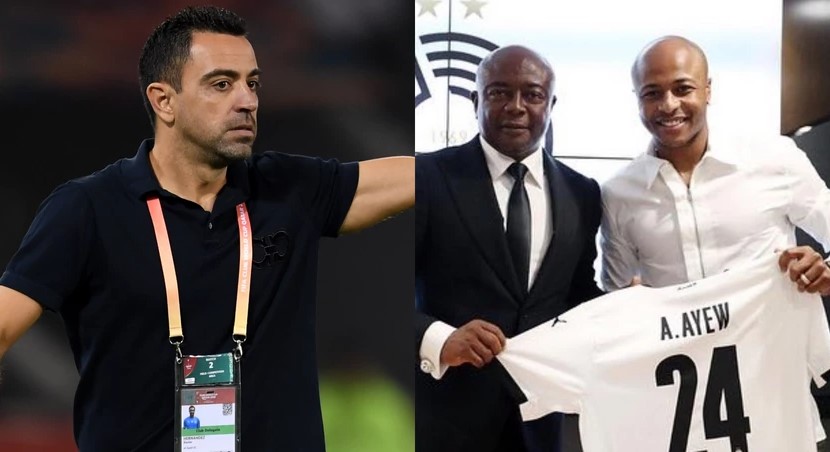 Black Stars captain Andre Ayew has said he expects to learn a lot from Xavi Hernandes, who is currently the manager of Al Sadd.

The 31-year-old winger was officially unveiled by the Qatari giants last Thursday, as he signed a two-year contract.

Ayew said he is already looking forward to working with Barcelona and Spain legend Xavi at Al Sadd.

“Xavi, the coach of the team, was a great player and played for a long time with the biggest and best club in the world – Barcelona, and he is now a coach for the best club in the Gulf after playing with the team for five years,” he said.

“I follow the Al Sadd team and watched the development that took place in the team’s performance in terms of entertaining football, the positioning of the players and the great tactics with which the team plays.

“I expect to learn a lot from him during my time with him. My goal is to win titles, to make the fans happy, and to strive hard to win the AFC Champions League.”

Xavi, who won everything at club and international level in a highly distinguished career, joined Al Sadd in May 2019.

The Spaniard has since led the club to several trophies in the last two seasons, including the Qatar Stars League and Qatar Cup.