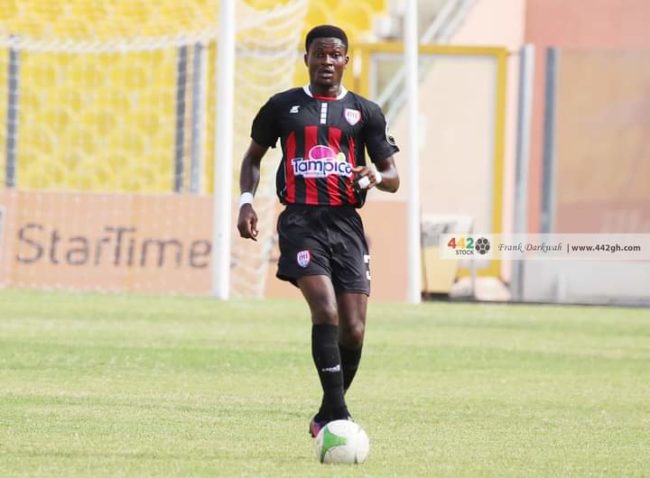 Badu starred for relegated Inter Allies in the second round of the 2020-21 Premier League season and played 11 games for the Tampico lads.

The Phobians are on the market searching for experienced players who will bring solidity to their already rich squad ahead of their CAF Champions League campaign next season and domestic competition.

Coach Samuel Boadu and his assistant, Hamza Obeng have, however, identified Agyemang Badu, who spent two seasons at Kotoko after joining from Phar Rangers as one of the players who will help the team next season.

“I’ve received a lot of offers from clubs including foreign offers. But, Hearts of Oak coaches both Boadu and Hamza Obeng have spoken to me. So it’s now a decision to make as to where I will play next season,” he told Pure FM.

The 25-year-old centre-back played 11 times in the CAF Confederation Cup and featured twice in the CAF Champions League while at Asante Kotoko.