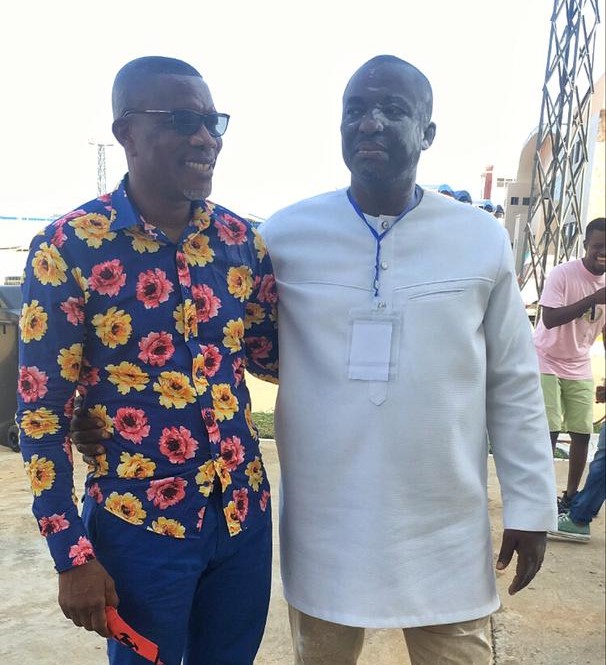 He may still be basking in the aftermath of steering a successful campaign that culminated in the election of Abraham Kotei Neequaye as the new President of Ghana Boxing Authority (GBA) but Mike Tetteh, affectionately known in boxing circles as ‘Golden Mike’ maintains that their focus has swiftly shifted to the enormous task ahead, chief among them ensuring that boxing takes its place at the summit of the table of favourite sporting disciplines in this country.

Mr. Tetteh, formerly CEO of his own Golden Mike Promotions and a boxing promoter of repute with over 25 years experience managing and promoting in the game, was campaign manager for Mr. Neequaye as he overcame outgoing GBA 1st Vice President, Henry Manly-Spain by 54 votes to 46 to become the youngest to hold the position following congress and elections last week in Accra.

“My new boss Kotei Neequaye has so much under his sleeves for the success of Ghana boxing. It’s just a matter of

time and he will rebrand boxing in Ghana, develop boxing and create benefits for all stakeholders. His prime vision is to make boxing the number one sport in Ghana, not football,” Golden Mike told Sportsinghana.com exclusively.

The victory by 45 year old Neequaye over the man he himself had campaigned for to win the 1st Vice President’s position four years ago, is one that was met with shock within boxing circles. The Team Neequaye campaign manager however plays it  down, insisting they had it wrapped up even if it were against the vastly experienced and reliable boxing financier, Henry Manly-Spain.

“No, l wasn’t surprised at all. I know from day one that Abraham Kotei Neequaye will win convincingly over Manly-Spain my glorious former boss. Manly-Spain has done so much for Ghana boxing and was the favourite to win the elections due to his extremely good track record but the kind of campaign regimen l orchestrated for Abraham Kotei Neequaye made the difference and we won the presidency,” Mr. Tetteh pointed out.

“To be honest to God it was my personal and cordial relationship with every stakeholder of boxing that contributed immensely to the success story of Abraham Kotei Neequaye. We were able to go down to every boxing stakeholder and have a tet-a-tet without any pressure,” he disclosed.

Having previously worked with his own Golden Mike Promotions and also at a time in partnership with Manly-Spain’s Golden Concepts, Mr. Tetteh also knocked out any lingering hopes that he could return to boxing promotions.

“Golden Mike has no intentions of promoting boxing again since treading the path of promotion has never being that smooth. So l will focus on other areas in boxing and fully support most stakeholders to achieve greatness in boxing,” he said.