REVEALED: Elmina Sharks players were promised $5k each to lose a match 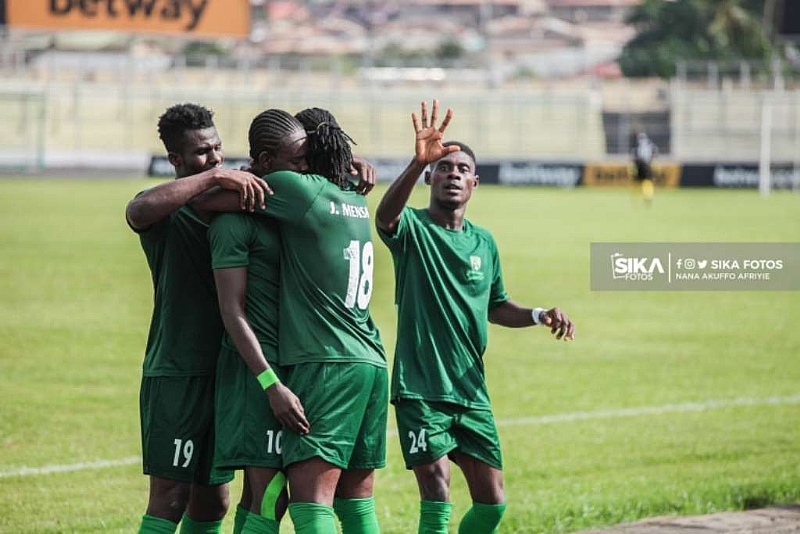 Deputy General Manager of Elmina Sharks FC, Aboagye Yeboah, has revealed that a German number phoned their players to lose an unnamed fixture for $5,000 each.

According to Aboagye, the club reported the incident to the Ghana Football Association(GFA) but the football governing body turned death ears to the issue.

His comment comes as a reaction to allegations that Elmina Sharks played match of convince with Asante Kotoko to survive relegation on the last matchday of the Ghanaian first tier.

The Cape Coast side won the game,1-0 in Obuasi.

“Nobody can mention Elmina Sharks among teams that were influenced by betting. I personally spoke to our (Club) President that certain teams have told our players to lose a game for $5,000 each and they (players) have told us,” he told Ahomka FM.

“We wrote to GFA on 24th June, 2021 when we were on our way to Berekum; that look this is the number, it is a German number and we wrote fully that we are ready to assist with what kind of investigation the FA needs,” he added.

“They replied that they are involving the Interpol and whatever. Till now GFA have not even written a dot to us,” he concluded.

The GM added that he will not honour any invitation by the FA if the latter finally decided to invite him on the incident.

“If today GFA should call me Aboagye Yeboah to come and assist in that issue I won’t go. Because we were willing and ready and we knew the loophole, we knew what was going on and they knew but they didn’t listen to us.”