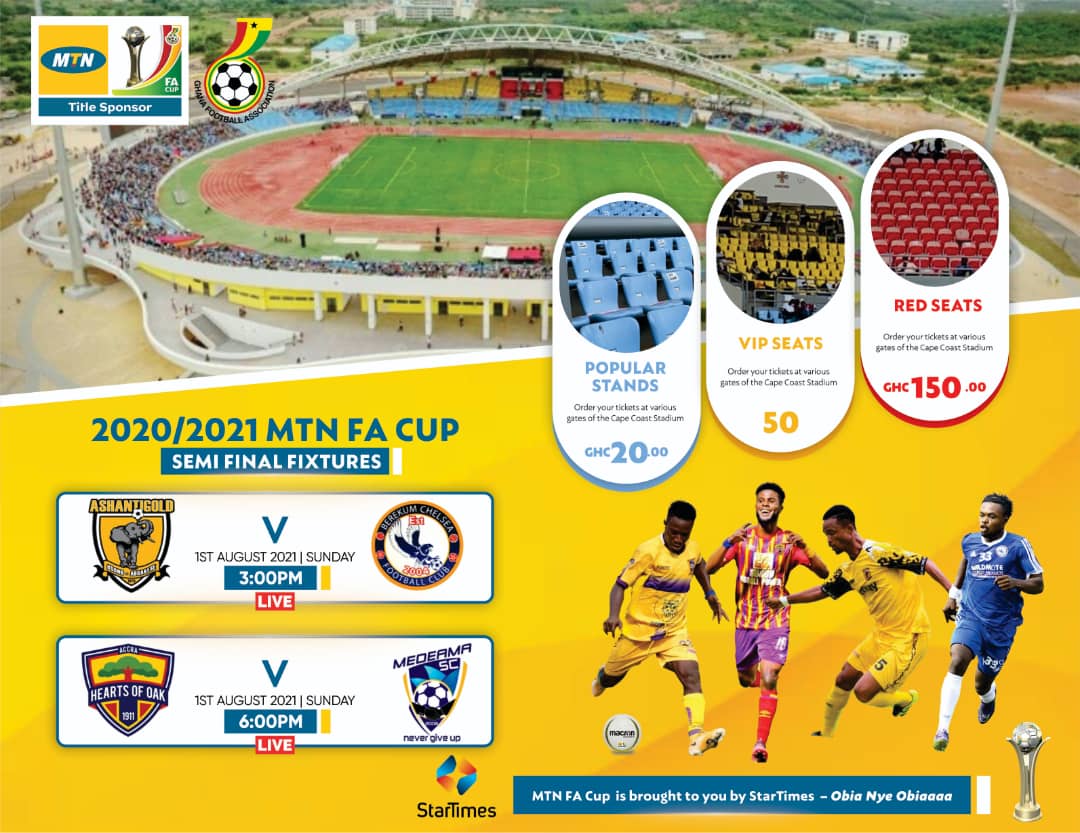 The popular stands will go for GHc20 while the VIP goes for GHc50 with the VVIP pegged at GHc150 for the two semi- final matches will be played at the Cape Coast Stadium.

Ashantigold will face Berekum Chelsea in the first semi final match at 3pm.

The second match will also kick off at 6pm between former FA Cup winners Hearts of Oak and Medeama.

Fans are kindly entreated to adhere strictly with the Covid-19 safety protocols.