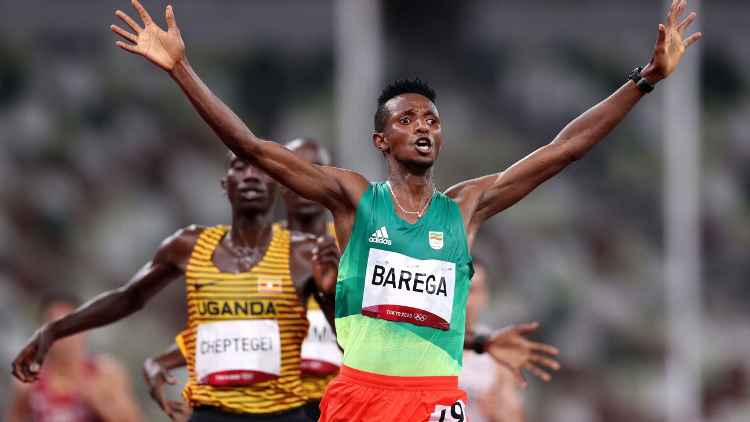 The 21-year old Barega’s victory was secured on the last lap as he sprinted to the finish line to secure a shock win.

The Ethiopian delegation at the Olympic stadium applauded him as he smiled broadly and ran a victory lap with his country’s flag draped around his shoulders.