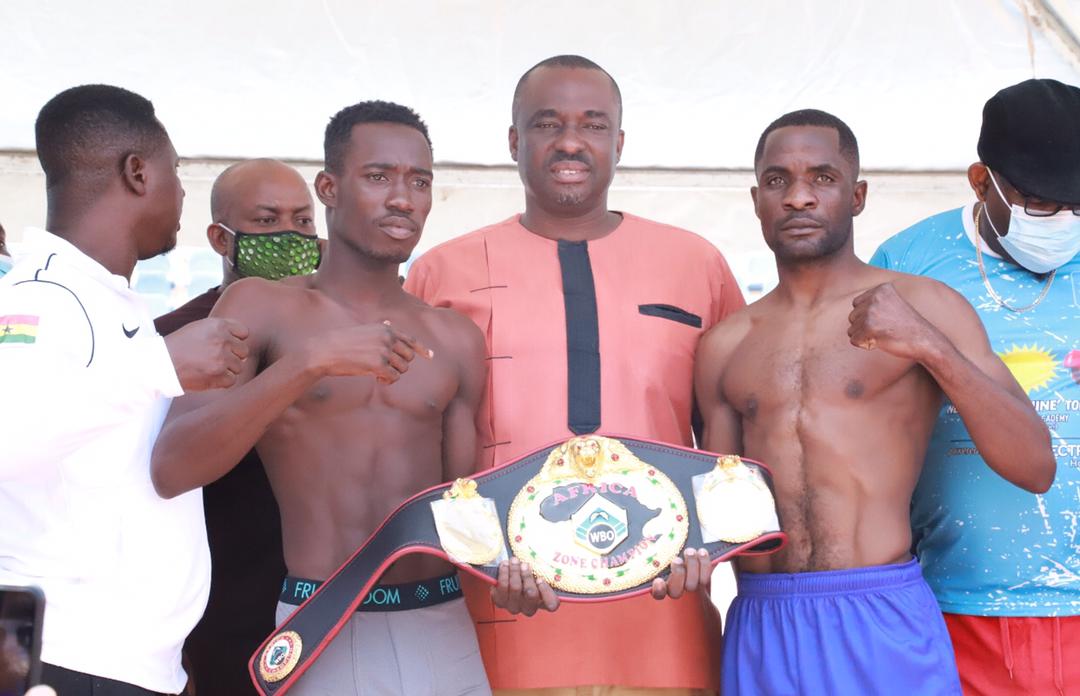 He promised to stop Natanael and beat a path for the world title in the coming years.

“This is me John Laryea, I say what I can do and I know myself; I will stop him,” Laryea told a packed crowd at the MJ Grand Hotel in Accra on Wednesday.

Natanael, who holds the WBO featherweight title, on his part, promised to tame his opponent in the ring on fight night. The Namibian said he was ready to give a good account of himself to successfully defend his belt.

“He can make all the noise but I will silence him in the ring,” he noted.

In the presence of the newly-elected GBA president, Abraham Kotei Neequaye and former GBA president, Samir Captan, both fighters pledged to put up a good show on the night.

Mr Captan, the WBO Africa Supervisor, challenged the boxers to put up a clean fight and make the night worth watching for fans as the best fighter carries the night.

“I expect to see a good fight from both boxers to make the night an enjoyable one for the teeming fans who will be around,” he noted.

In the other pairings, bantamweight prospect, Daniel Gorsh, will slug it out with Emmanuel Laryea, while Jacob Dickson engages Stephen Abbey in a cruiserweight contest.

Joseph Akai Nettey and Thomas Quansah will fight in a flyweight contest, Michael Mensah versus Issah Inusah in a light-heavyweight contest, with a lightweight clash between Tackie Annan and Amadu Seidu.

Other lightweight clashes will see Eric Korley facing Benjamin Sackey and Sherrif Quaye and Ben Akrah facing off, while Jacob Laryea and Richard Dogbegah battle it out in a welterweight fray.