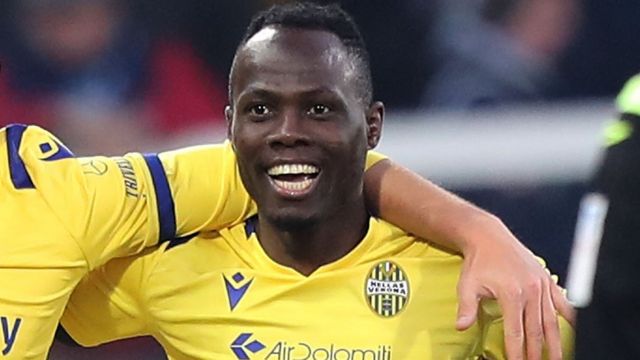 The 2009 FIFA U20 World Cup gold medalist has completed a sensational switch to the Chinese Super League side until the summer of 2022.

The 30-year-old has signed a one-year deal with the Conson Stadium outfit after passing a mandatory medical test on Friday evening.
Agyemang has been without a club after being released by Italian Serie A club Hellas Verona in January.
spent ten seasons at Udinese after joining them from Ghanaian second-tier club Berekum Arsenal in 2010 after aiding Ghana to clinch the 2009 FIFA U20 World Cup.
Agyemang Badu capped 76 times for the senior national team of Ghana, scoring eleven goals in the process.
Credit: Kickgh.com