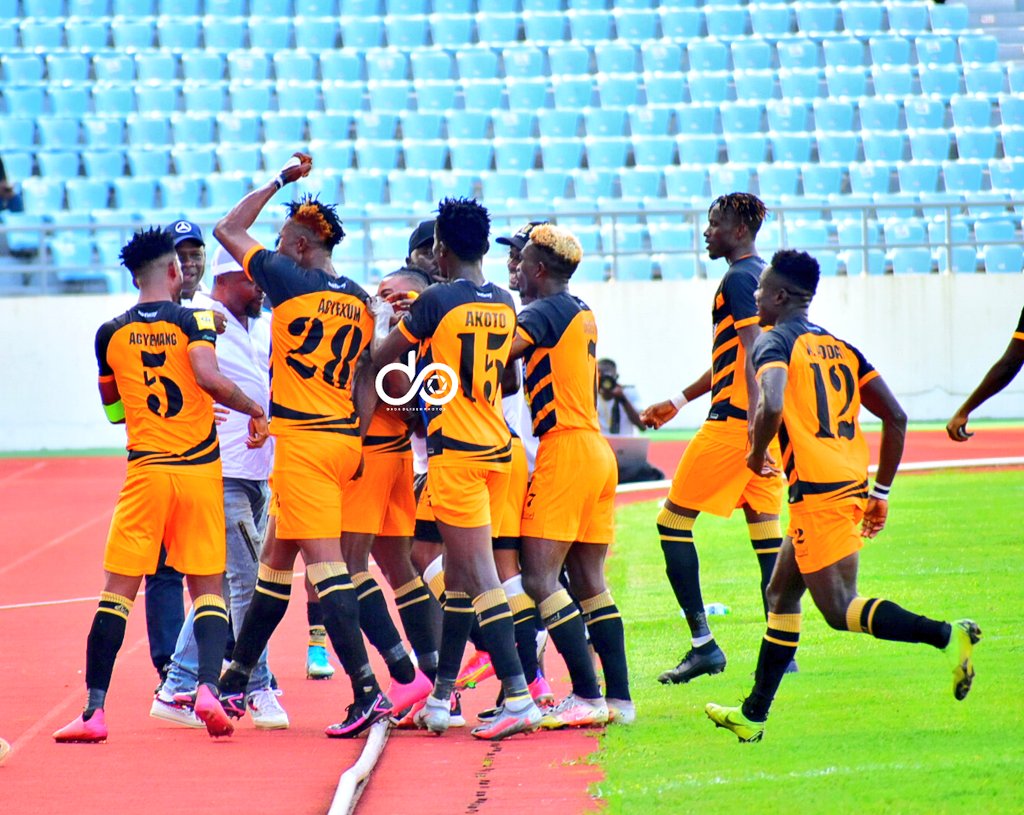 The Miners secured a final berth with a great and emphatic win over the Bibires who played 25 minutes of the extra time with 10-men.

Chelsea were the better side from start to finish but was unlucky as they suffered a humiliating defeat in the hands of the four-time Ghana Premier League winners.

On the stroke of half time, Eric Esso scored a scorcher of a free-kick to give the Yellow and Blacks the lead before the end of the first half.

Right from the break, coach Hoffmann Jonas made changes as he brought on experienced striker Stephen Sarfo who scored with his first touch to make it 1-1.

The 90 minutes ended in a 1-1 stalemate and extra time was the only option to separate the two teams.

The 10-man Chelsea team pushed forward for the equalizer and left spaces behind the back which was exploited by the Miners.

Amos Addai went through on goal after a nice counter attack before rounding the goalkeeper to make it 3-1 to Ashantigold.

Seth Osei made it 4-1 at the death of the second half of extra time with a close range finish to make the final score 4-1 to the Obuasi lads.

Ashantigold are through to the final and will meet the winner between Hearts of Oak and Medeama SC next week in Accra.