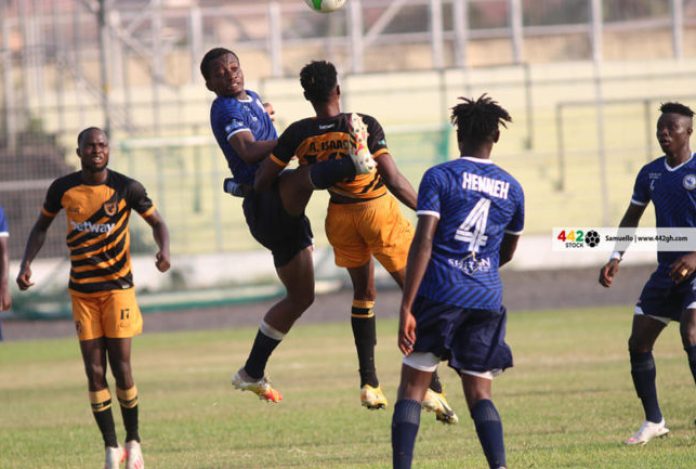 Either side has a win each from the previous two meetings in the just ended Ghana Premier League(GPL). Hence, a win today will not just guarantee an appearance in the final but gives one the edge over the other and also set up a chance to win GHC 180,000 cash price on the domestic league cup competition.

Ashanti Gold look to make their first final of the competition in 8 years and hopefully win it for the first time since 1992/93.

The two times finalists on their way to the semis pip top-flight side King Faisal 1-0, before beating lower-tier side Aboi Young Stars 2-1 in round 32 stage, followed by two consecutive 4-2 wins over Aduana Stars and Kintampo Top Talents in the round of 16 and quarter-finals respectively.

Stopgap gaffer, Thomas Duah would want to end the Miners long wait for the MTN FA Cup trophy which will make up for an average season where the Gold and Yellows finished 9th on the table.

Chelsea, on the other hand, chases their first-ever final in the club’s history since coming close in 2011-2012 but bowed out on penalties to Nania FC on penalties.

The Blues just like their opponent today would want to make amends fairly a poor campaign in the league where they placed 10th two points behind Ashgold.

Chelsea have had distinctive performances in the league cup when juxtaposed with the GPL.

The Biribes eliminated trophy holders Asante Kotoko 5-4 on penalties after putting up a dominant performance. Prior to causing the upset, they brushed off Division one sides Bofoakwa Tano and Steadfast FC by the same margin 4-1 in the round of 64 and 16.

In the round of 16, Chelsea managed a win on penalty shootouts against a stubborn Kintampo FC side to set up the quarter-final tie against Kotoko.

The semi-final two looks like an open tie with the game been played on a neutral venue, Cape Coast Stadium at 3 PM kick-off time.

The game will be broadcast live on Adepa Channel on Startimes.