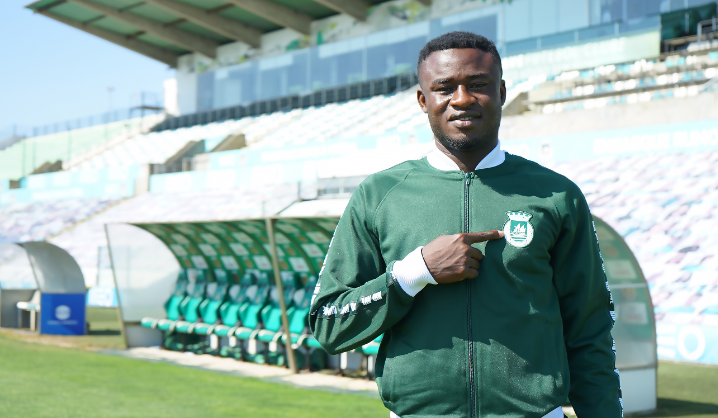 Yakubu, one of the best scorers in last season’s Portugal Secunda Liga signed for Rio Ave FC and is the reinforcement of Luís Freire’s team’s attack for the 2021/2022 season.

He is a well-known name in the second division, who distinguished himself in the service of Estoril, became champion of League 2 and scored 15 goals during the 2020-21 season on loan at Estoril.

The Ghanaian striker, also formerly of Vitoria Sport Club, has reached an agreement for a one-season contract at the Portuguese top-flight side for the upcoming 2021-22 campaign.

Fast, with his sights tuned to the opposing goals, Aziz is recognised as one of the best scorers in the second tier league in Portugal during his time as Estoril Praia SAD player.

He arrived in Portugal for Vizela’s juniors, in 2016, but it was for Vitória Sport Club ‘B’ that he distinguished himself in the second tier. , by scoring 11 goals in his debut year, in the 2018/19 campaign.

Aziz has already trained with his new teammates and is available to Luís Freire’s team to offer options in attack in the coming season which starts next weekend.