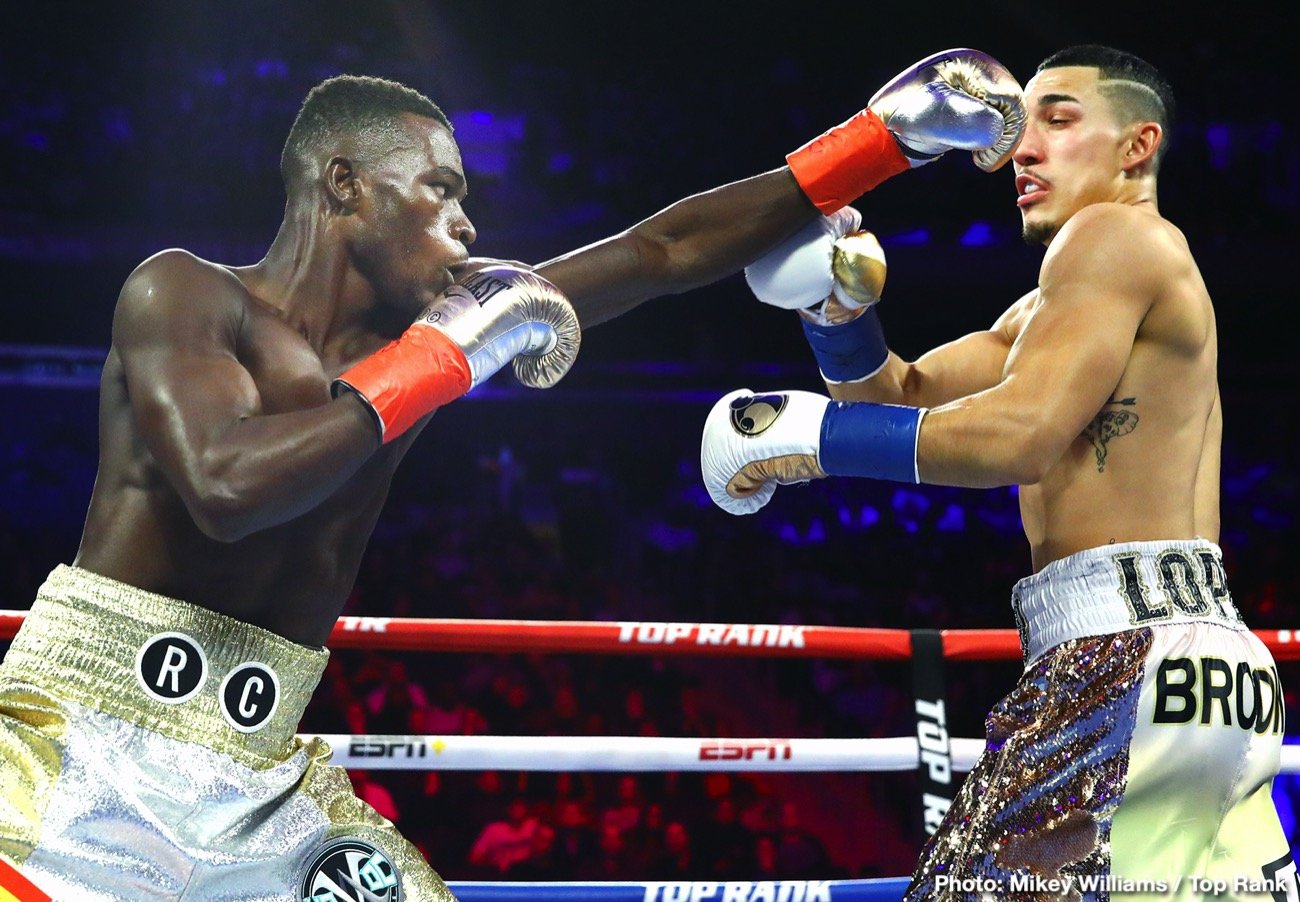 You might have noticed some jawing on social media with Richard Commey, the classy pugilist from Ghana, having some stern words for Devin Haney, the young gunner solidifying a new version of his public persona, which is a heavy departure from the humble mode he gave off as he rose the ranks.

Commey has been consistent with his in-ring efforts and his public persona, both when he was enjoying a reign as IBF lightweight titlist, and after he had the strap wrested from him by Teofimo Lopez.

I checked in with Commey to get some details on the origin of the online beefing with Haney, who currently owns the WBC 135 lb strap.

“It started when Ryan Garcia had his sabbatical and my manager Michael Amoo-Bediako contacted the WBC to see if I could replace him against Javier Fortuna for the interim world title, as I was next in line in the ratings,” the 34-year-old fighter told me.

“I decided to go on the offensive,” he continued. “I was sick and tired of seeing Devin Haney saying nobody wants to fight him and he’s the most avoided fighter in the division or in boxing. So I called him out. At first I thought he was ignoring me but it turns out now that he would be willing to face me, which I’m pleased about, so let’s see if the fight can be made.”

The behind the scenes politicking — which is such a humongous part of the business — has been playing out.

“The WBC contacted my promoter, Lou DiBella, and told him that they would make a decision in regard to me fighting the winner of the Diaz-Fortuna fight three weeks ago but we are still awaiting an answer. In the meantime, it has been widely reported that Ryan Garcia and JoJo Diaz are in negotiations to face each other, and if that’s the case I am next in line in the ratings to face Haney. So I hope that the fight can be made as I’m desperate to be a world champion again!”

OK, so let’s play “what if.” What would Richard Commey vs Devin Haney look like?

“I think he is a very good technical boxer, you don’t get to where he is by not being skilled at your craft,” Commey said of Haney. “But I believe that if we were to meet, I would stop Devin Haney. I don’t think he has faced a fighter of my calibre and I think that would cause him a lot of problems.”

We’ve also recently heard reports of Commey being next for Vasiliy Lomachenko in December at Madison Square Garden, but for now, Commey says he “hasn’t seen anything concrete” from his team regarding that idea.

We also checked in with Commey co-manager Michael Amoo-Bediako to get more info on where he thinks Commey is as a threat to regain a crown.

“In terms of Richard’s career we are hoping to deliver the thing that’s most important to him, and that is to be a world champion again,” the manager said. “The Teofimo loss was the only legit loss for him, in our eyes, as the two split decision losses (to Denis Shafikov and Robert Easter) could have gone Richard’s way. He took the loss to Teofimo fair and square, and although he was bitterly disappointed, there were lessons to be learned. Coming back from that loss, he emphatically defeated Jackson Marinez, who many thought beat Rolando Romero, which shows Richard still has a big part to play in this division.”

And yes, the pandemic has affected Commey’s activity level.

“His head is in a very good place and he is just waiting like we all are to see how the lightweight division pans out. A lot rests on the upcoming IBF ruling on the Teofimo-Kambosos title bout.”

For the record, promoter Bob Arum told me a couple days ago that a Lopez-Kambosos ruling will drop next week.

“Once that’s been cleared up, I think the rest of the pieces will fall into place as to who is fighting who. If it happens with Loma, it’s a great fight, I thought he was excellent in his return against Nakatani and obviously has a point to prove,” Amoo-Bediako added.

“I do believe his best weight is (130), but it seems Loma is desperate to get that rematch with Teofimo. I think it’s a dangerous fight for him against Richard who also has a point to prove and wants his title back, and Richard being the much bigger man, it only takes one punch and it could be goodnight for Loma.

“But right now nothing has been put in front of me or the team in the way of offers or contracts for that fight, and our immediate plan was to have Richard out in the fall, so let’s see how it all pans out.”