Daniel Dubois Thrilled To Be Making His US Debut; Will Face Joe Cusumano In Cleveland 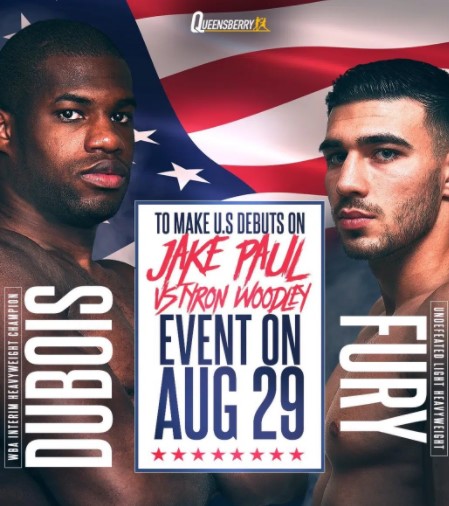 Heavyweight contender (and claimant of a version of the WBA heavyweight strap) Daniel Dubois is thrilled to be seeing a boyhood dream come true this month, with the 23-year-old having his US debut on August 29.

There were whispers that suggested “Dynamite” would face Trevor Bryan on August 29 (Bryan also holding a version of the WBA heavyweight title), but this turned out to be, as Bryan kindly replied to this writer upon asking him, “fake news.”

So Dubois will instead face Joe Cusumano on the Paul-Woodley card that will also feature Tommy Fury in action. Who? Cusumano may not be an instantly recognizable name, but the 33-year-old from Virginia has never been stopped in compiling his 19-3(17) pro record, and Cusumano is a pretty big guy at 6’4.”

Coming off a win over Gregory Corbin, who Cusumano beat back in November of last year, the man from Danville will be taking a big step up in class against Dubois, 16-1(15).

But as we know, with the heavyweights, anything can happen. Both of these guys can punch, and we must not forget how Dubois is just one win removed from that painful stoppage loss to Joe Joyce.