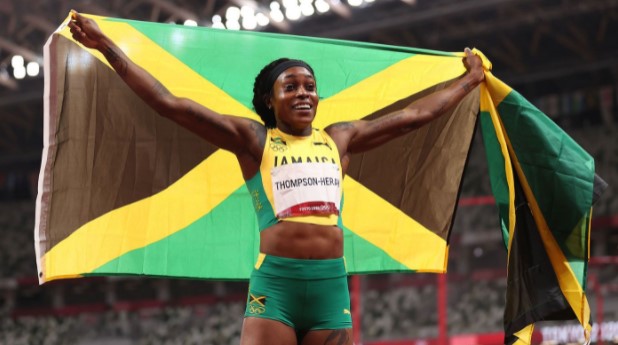 The Jamaican won the 100m and 200m titles in Rio and has matched the achievement in Tokyo.

Elaine Thompson-Herah has won the women’s 200m final at the Tokyo Olympics.

The Jamaican, who won gold in the women’s 100m, clocked a time of 21.53 seconds – the second fastest ever in the history of the women’s event.

Thompson-Herah’s stunning victory confirms a double-double, with the 29-year-old having also won 100m and 200m gold at the 2016 Games in Rio.

“Honestly I just need to sleep, I have not slept since the 100m,” Thompson-Herah told the BBC after pulling clear in the final 50m to secure the win.

“Honestly my body is in shock mode, but I still had my composure to come out here.

“I [thought] my time wouldn’t be fast, because yesterday we ran two rounds, which took a lot from me – I equalled my Personal Best last night. So to come out to get a national record and two-time Olympian, I am so happy.

“I was begging for the line, but you have to hold your technique through the line. I know my grandma is celebrating right now.

“Everyone who supports me and believes in me, a big thank you to them.”