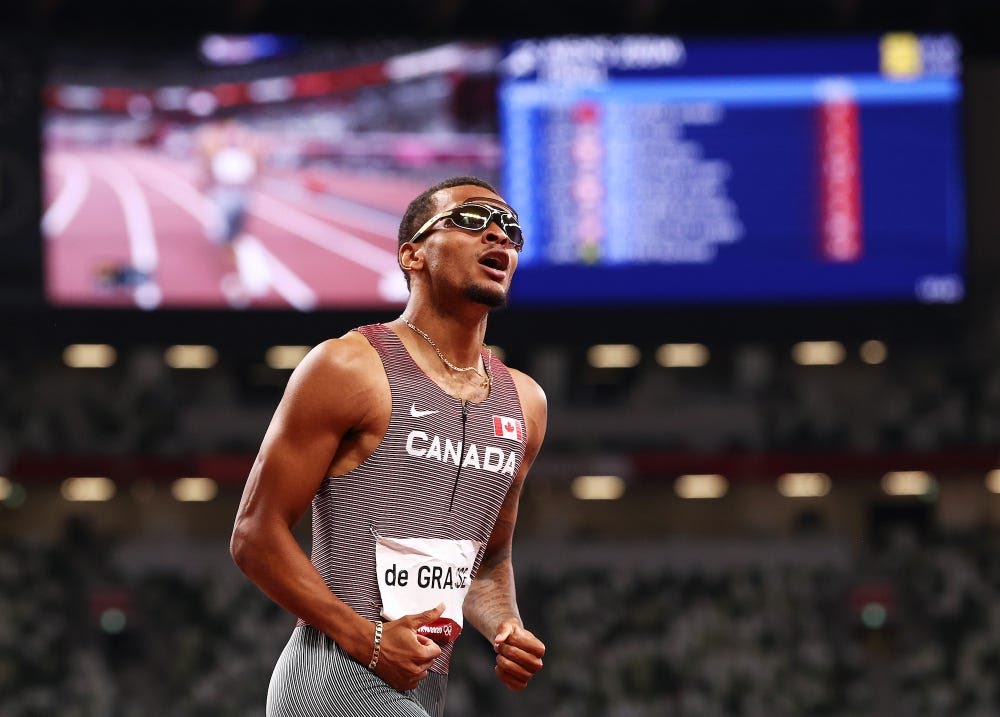 Canada’s Andre De Grasse finally became an Olympic champion as he won gold in the men’s 200 meter dash at the Tokyo Olympics on Wednesday.

The 26-year-old posted a time of 19.62 seconds to claim the title, with United States duo Kenny Bednarek and Noah Lyles winning silver and bronze.

De Grasse won bronze in the 100 meter dash and silver in the 200 meter dash at Rio 2016, but finally broke his gold medal duck with a personal best performance at Tokyo’s Olympic Stadium.

In winning Wednesday’s race, he became the first Olympic 200 meter champion of the post-Usain Bolt era. Bolt had won gold in the event at each of the last three Games.

De Grasse also became the first Canadian to win the race since Percy Williams in 1928.

“I’ve been through so much in these five years, on the track and off the track,” said De Grasse after his victory.

“I’ve become a grown man. In 2016 I was a kid, just trying to go out and make it happen. Now I can come away with medals, gold medals, just to show I’m back.”

He also paid homage to Lyles – the reigning world champion and favourite for gold – for helping him to be his best.

“You push me, man, you motivate me,” he said to the American.