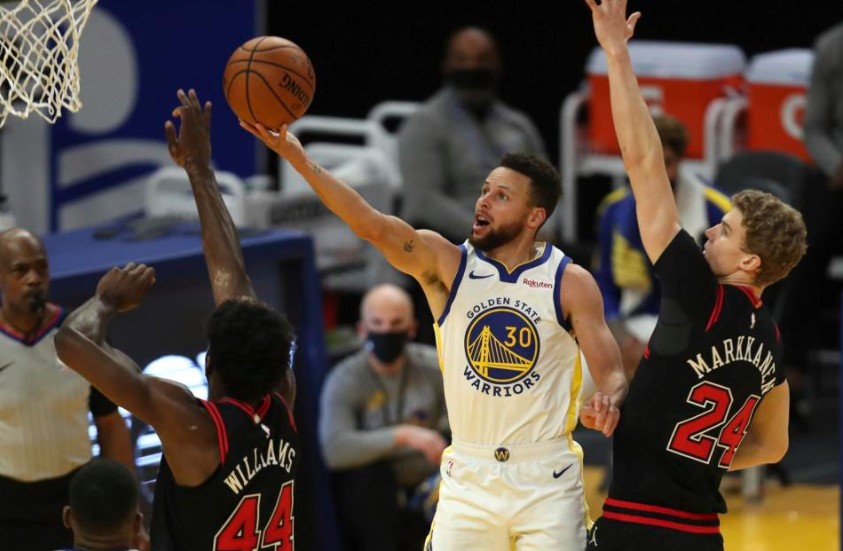 Steph Curry has agreed to a 4-year, $215-million extension with the Golden State Warriors and will become the first player ever to sign two $200-million contracts, ESPN’s Adrian Wojnarowki reported via Jeff Austin, Curry’s agent with Octagon Sports.

Octagon in December also negotiated Giannis Antetokounmpo’s five-year supermax extension worth $228.2 million with the Milwaukee Bucks, which at the time was the richest contract in the history of the NBA.

Per Wojnarowski, “Octagon will have the distinction of negotiating the largest total contract [in Giannis’ deal] and the largest annual average salary [Curry’s $54 million] in the past seven months”

Curry led the NBA in scoring last season at 32.0 points per game along with 5.8 assists and 5.5 rebounds.

Curry finished the month of April with 96 3-pointers, shattering James Harden’s previous record of 83 for a calendar month. When Larry Bird led the NBA in 3-pointers during the 1986-87 season, he did so with 90 threes on 225 attempts. In April, Curry made 96 on 206 attempts.

He is a three-time NBA champion and two-time league MVP.