Legend Carl Lewis on US men’s 4x100-meter relay failure: It was a 'clown show' that was 'totally avoidable' 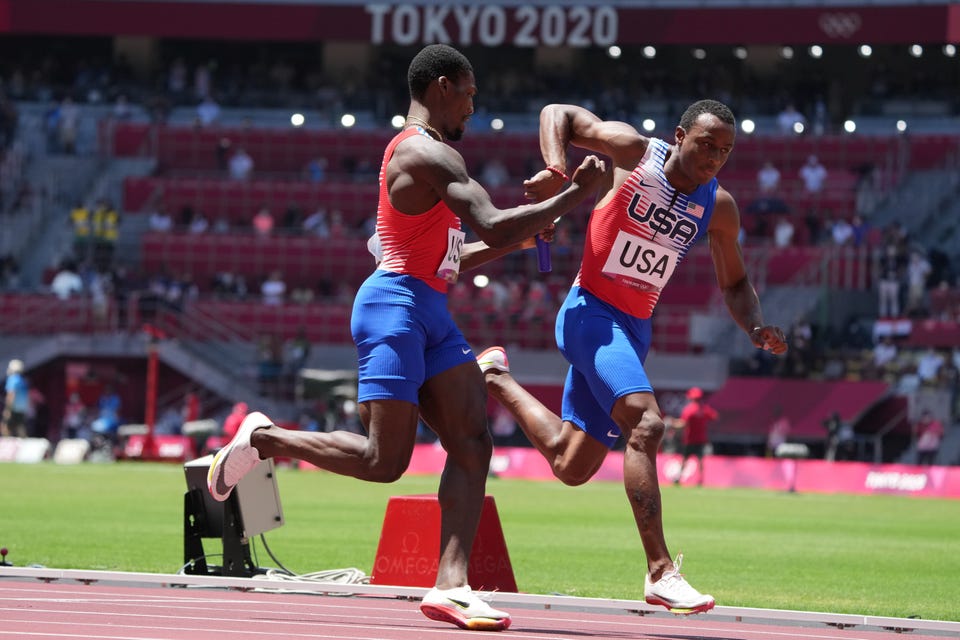 Carl Lewis, the winner of nine gold medals in four Olympic Games, could not believe his eyes.

He was at home Wednesday night in Houston watching the U.S. men’s 4×100-relay team melt down half a world away in the Olympic Stadium, and he simply could not contain his frustration.

“This was a football coach taking a team to the Super Bowl and losing 99-0 because they were completely ill-prepared,” Lewis said in a phone interview with USA TODAY Sports.

“It’s unacceptable. It’s so disheartening to see this because it’s people’s lives. We’re just playing games with people’s lives. That’s why I’m so upset. It’s totally avoidable. And America is sitting there rooting for the United States and then they have this clown show. I can’t take it anymore. It’s just unacceptable. It is not hard to do the relay.”

Moments after the Americans finished a stunning sixth in their preliminary heat in relay qualifying, failing to advance and eliminating their medal chances, Lewis took to Twitter:

“The USA team did everything wrong in the men’s relay,” he wrote.

“The passing system is wrong, athletes running the wrong legs, and it was clear that there was no leadership. It was a total embarrassment, and completely unacceptable for a USA team to look worse than the AAU kids I saw.”

Lewis, 60, the assistant track coach at his alma mater, the University of Houston, said he has been involved in recent years with U.S. relays due to the participation of UH athletes in the system.

“In track and field, the individualized part of it, every agent is down there, every person is down there talking (to the coaches), they want their guys to run, they’re all saying we’ve got to run six guys so they can all get a medal. The last thing they’re thinking about is coming across the line for the United States. It’s back to the same thing, selfish.”

After the American debacle, two members of the U.S. team spoke with the media in the mixed zone, according to USA TODAY Sport’s Tom Schad. Asked how much practice they had for the event as a group before the race, Fred Kerley, the second leg, said, “Don’t know,” and Ronnie Baker, the third leg, added, “Not much.”

Lewis focused on Baker, who had to run the turn in the track between the 200- and 300-meter mark, in his comments to USA TODAY Sports.

“I’ve never seen Ronnie Baker run a turn in my life,” Lewis said. “Go back and watch the third leg, look at him, he looks like he’s running on ice because he’s never run a turn. He doesn’t run the (individual) 200, so why is he running a turn when he never runs a turn?”

Said Lewis: “We’ve been talking about this forever. The relay program has been a disaster for years because there’s no leadership and no system. When I said everything is wrong, it is. If you break it down, people were in the wrong legs, obviously they were not taught how to pass the baton in those legs. Just simple things like that. I watched it. I’m not blaming the athletes so much. This was leadership.”

When asked if he’s ready to take over the U.S. relay program, Lewis laughed loudly. But he was not laughing about what he witnessed from Tokyo on his TV at home.

“I’m so frustrated because I’m so passionate about those three letters, USA,” Lewis said. “That’s why. I love my country. I love winning. That’s what gets me. How can we let the United States down so much in an unacceptable way like that?”