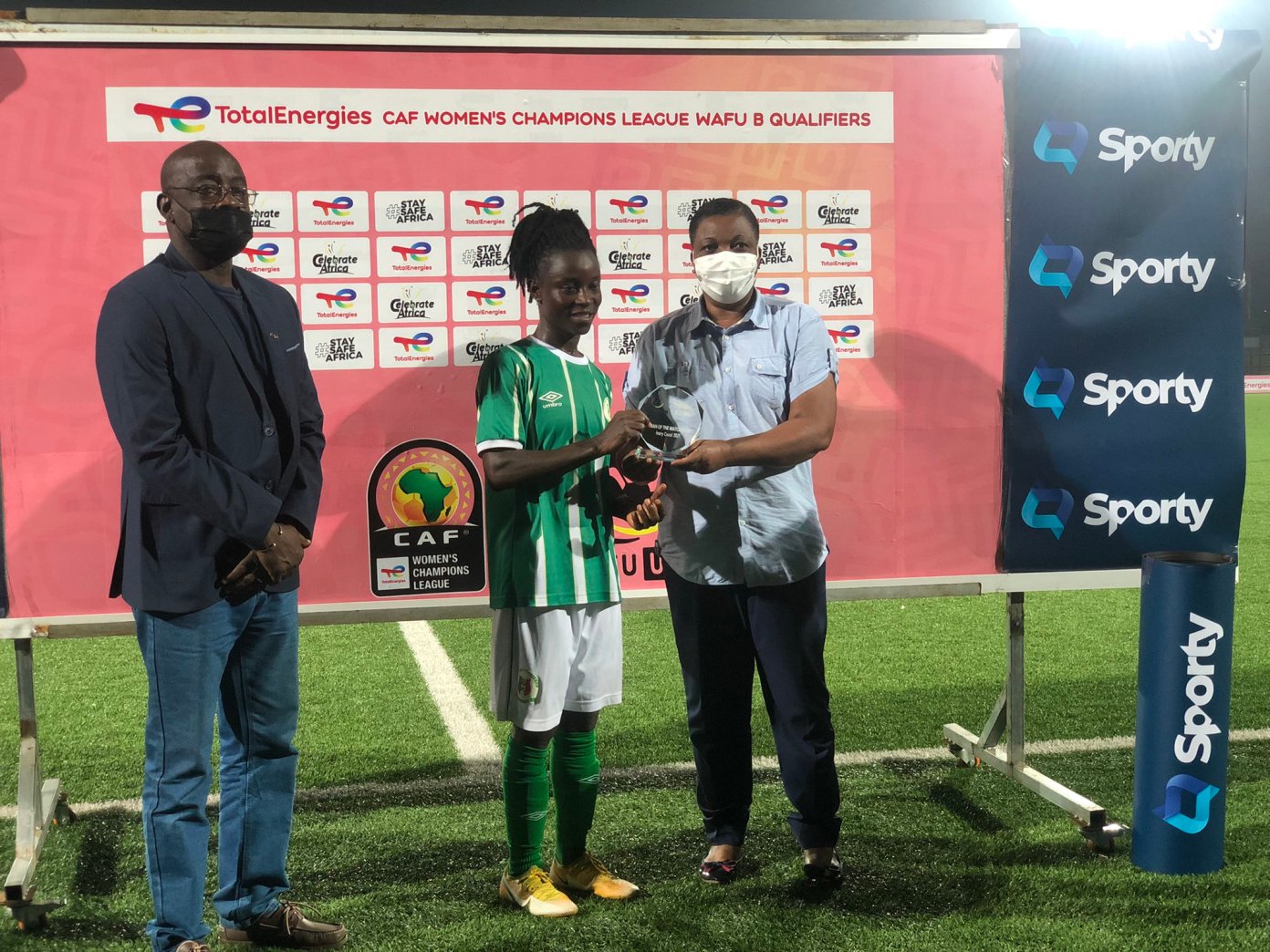 The tournament held in Abidjan, Ivory Coast saw the Ghanaian champions lifting the trophy after defeating Nigerian side Rivers Angels FC in the final on Thursday night.

Egyir was at her usual best throughout the tournament and played a vital role as Hasmal ladies clinched their third trophy in the 2020-21 football season.

The skipper showed leadership at the back and deservedly was rewarded with the coveted player of the tournament award.

Before the finals, the 27-year-old had won one player of the match award.

The Black Queens defender thus becomes the first captain to lead a side to three titles in a single calendar year.

They will now represent Ghana at the maiden edition of the CAF Women’s Champions League in Egypt.