Italy 'steals it' from GBR to win 4x100 relay, fans liken it to Euro: 'Theme over this summer'

Italy have stunned the world once again by winning the men’s s 4×100 meters relay at the Tokyo 2020 Olympics, beating Great Britain at the finish line to secure gold.

The result came after star sprinter Marcell Jacobs won gold for Italy in the men’s 100m final, and just weeks after the Italian soccer team defeated England in Euro.

Canada secured bronze as their 200m champion Andre de Grasse crossed the line in the third position. It’s worth noting that Great Britain was almost about to win the race, but Nethaneel Mitchell-Blake was overtaken by Filippo Tortu at the last moment to secure gold by a margin of 0.01 seconds. 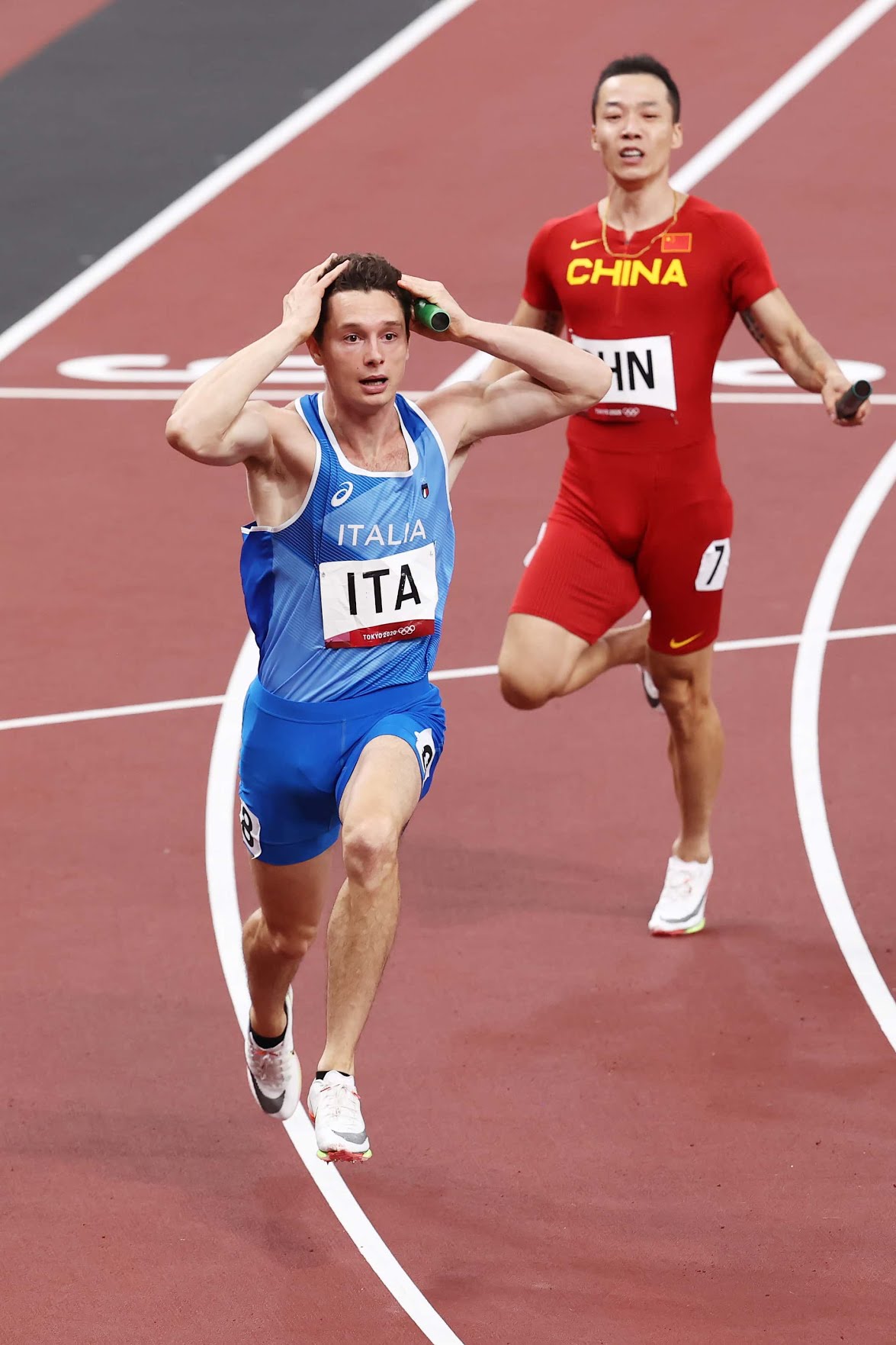 “Italy took Its Coming Home personally and haven’t let up since. We were joking. It’s enough, please,” sportswriter Aniefiok Ekpoudom quipped. “OLYMPIC CHAMPIONS What a finish! Italy have done it yet again! They narrowly beat Great Britain and NI to the gold medal with 37.50 to 37.51,” Athletics Weekly magazine added.

“When did #Italy become an athletics powerhouse? Got their fourth athletics medal in the 4×100 #Olympics Relay, just now. Even beat out Jamaica. I mean, we’re…fascinated (?) to see it?” journalist Ayodeji Rotinwa chimed in. “Where have Italy come from with all this sauce?! Euros, 100m, and 4×100 gold all in a 4 week period,” one Twitter user wrote.

“Two of the best moments of this Olympic have involved Italian Track and Field teams. First the High Jump and now the 4×100 men’s relay. #4×100 #Tokyo2020 #italy,” another wrote. “Italy!!! Stole it at the line from Great Britain. Seems to be the theme over this summer #Olympics #Tokyo2020 #4x100m #Athletics,” a third joked.

The United States finished at a shocking sixth position in the Olympic men’s 4×100 meters relay semi-final on Thursday, thereby failing to make it to the finals. It was the latest in a series of bad performances in an event dominated by the nation for decades.

Carl Lewis, who led the US to two Olympic and three world sprint relay golds, expressed his disappointment with the status quo on social media. “The USA team did everything wrong in the men’s relay,” Lewis tweeted.

“The passing system is wrong, athletes running the wrong legs, and it was clear that there was no leadership. It was a total embarrassment, and completely unacceptable for a USA team to look worse than the AAU (Amateur Athletic Union) kids I saw,” he added.