Tokyo 2020: Cheptegei makes history for Uganda with gold in the men’s 5000m 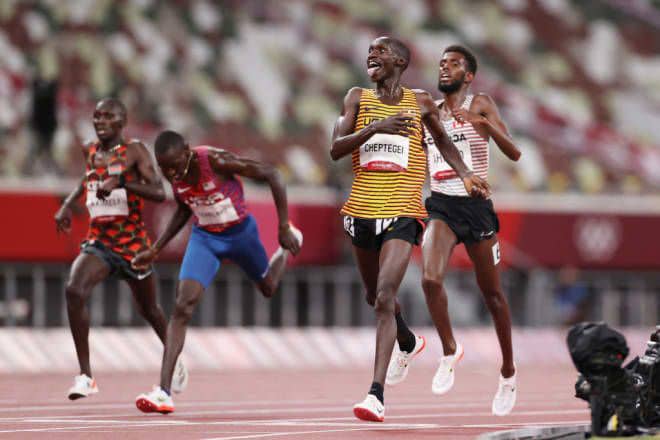 Mohammed Ahmed of Canada, who took the silver, and Paul Chelimo of the United States who scooped the bronze.

Cheptegei, with a time of 12 minutes, 58.15, became the first Ugandan to win the event as he bagged the Olympic gold that has eluded him for so long.

Jacob Kiplimo of Uganda was in front of the pack early, but his countryman Cheptegei took over the front spot midway through the race and didn’t let go of it until a six-man pack pushed ahead of the rest to set-up the final push. Cheptegei sealed the gold with a ferocious charge over the last section, with Ahmed nipping second.

The American Chelimo, with his second medal in as many Games, nearly fell at the line to secure bronze in front of Kipkorir Kimeli of Kenya.