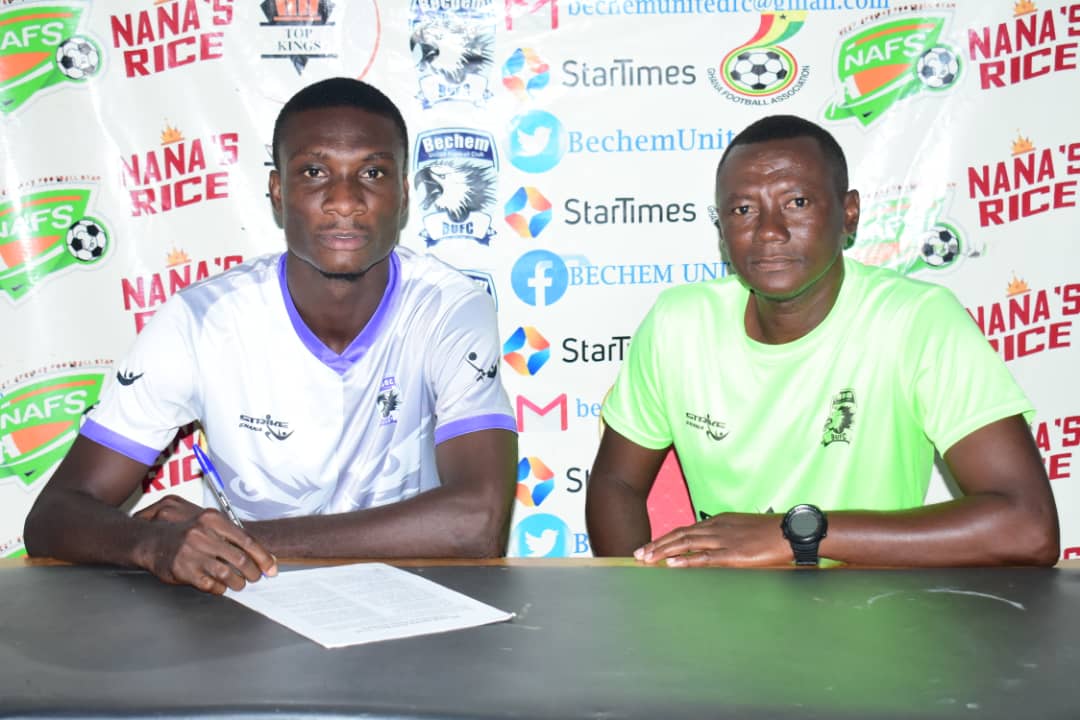 Premier league side Bechem United have completed their first signing of the season with the capture of Centre back Samuel Osei Kuffour on a 3 year deal.

The Hunters have gone into the transfer market early to get the best of players to fill the gap to be left by departing players.

Young Samuel Kuffour is expected to fit into the Bechem Set up with a guaranteed central defensive partnership with Kofi Agbesimah, who had more minutes in the just ended Ghana Premier league season than any other player.

Kuffour has been key to Young Vipers in the Ashanti regional colts competition with his towering figure.

Details of the deal remains scanty is not but it is believed to include a buy-out clause.