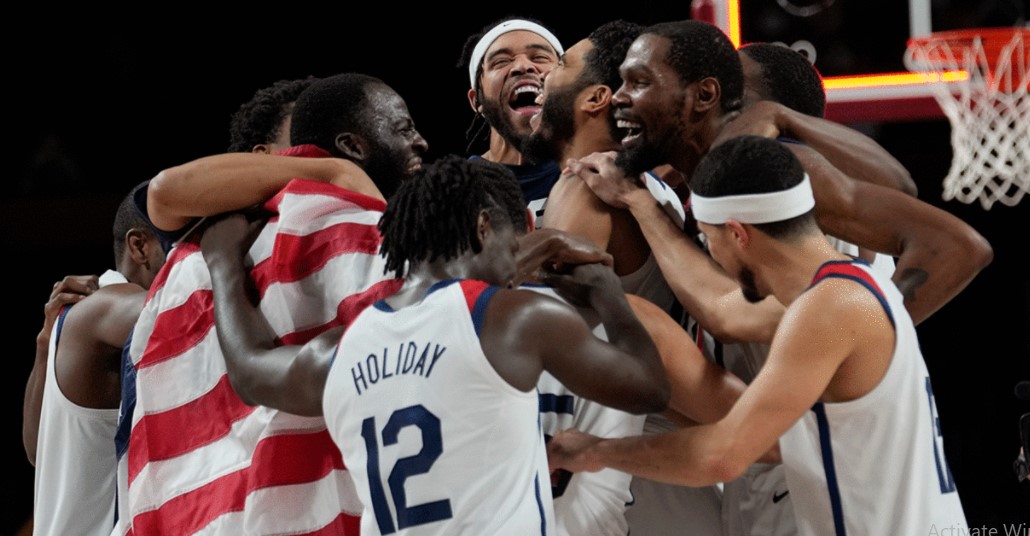 The United States is taking home an Olympic gold medal in men’s basketball once again.

The U.S. defeated France, 87-82, in the final at the Tokyo Olympics. It’s the fourth consecutive Olympic gold medal for Team USA, and their seventh gold medal in eight tries since NBA players started competing in the Olympics in 1992.

Kevin Durant was the leading man for the Americans, finishing with 29 points and six rebounds on 9-of-18 shooting from the field. It’s the third Olympic gold medal for KD, who is also the all-time leading scorer in the Olympics for USA Basketball.

Jayson Tatum added 19 points for Team USA off the bench. Tatum was on fire from the field, shooting 8-of-14 from the floor and 3-of-5 from three-point range in the win. Damian Lillard and Jrue Holiday each scored 11 points as the only other double-figure scorers for the Americans.

France was led by Rudy Gobert and Evan Fournier, who each had 16 points. Gobert was perfect from the field (5-for-5), but only 6-of-13 from the free throw line. Those misses helped swing the game.

The U.S. won the game despite only shooting 9-of-32 from three (28.1 percent). France won the rebound battle, 41-34. Gobert’s defense was terrific for France, but the Americans were able to thrive in the few minutes he was off the floor. In the end, the U.S. just had too much firepower.

France had beaten the U.S. in their last two official international games. The French upset the Americans in the 2019 World Cup, and then beat Team USA again in the opening game at these Olympics.