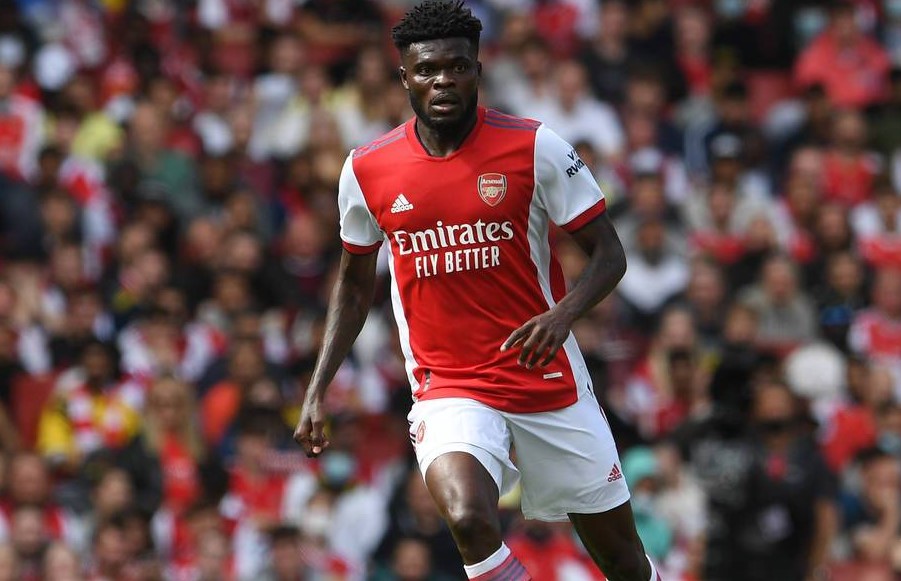 Ghana midfielder Thomas Partey will be out for three weeks after picking up an injury in the pre-season friendly against Chelsea.

Partey had to be replaced in the first half following a tackle from Chelsea’s Reuben Loftus Cheek.

After almost a week of examinations, Arsenal have confirmed the midfielder will miss three weeks of action.

This means the former Atletico Madrid star will miss the opening day fixture against Brentford and possible the game against Chelsea.

“Right ankle. Thomas sustained an injury to ligaments in his right ankle during the friendly match against Chelsea last Sunday. Thomas continues to be assessed and is expected to be back in training in approximately three weeks,” wrote Arsenal.

Partey’s niggling injury problems is a source of worry for manager Mikel Arteta, who has planned his season around the player.

Meanwhile, English born Ghanaian forward Eddie Nketiah is also expected to be out for a month.

“Right ankle. Eddie sustained bruising to his right ankle during the friendly match against Chelsea last Sunday. Eddie continues to be assessed and is expected to be back in training in approximately four weeks,” added the club.