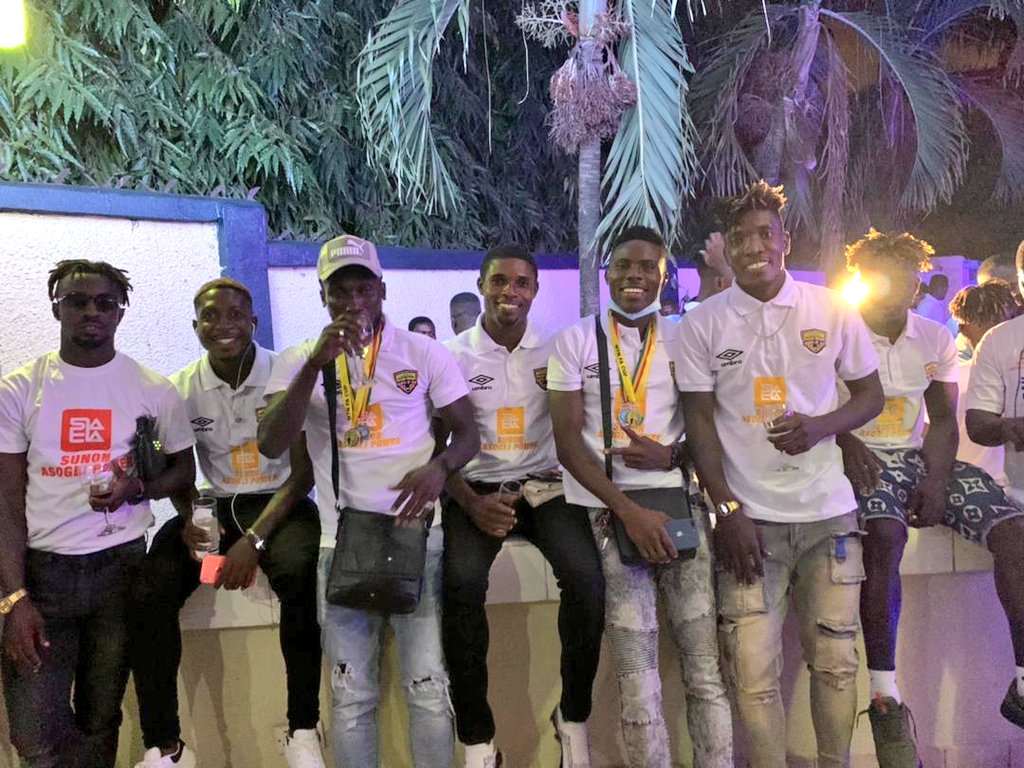 Hearts of Oak Board Chairman Togbe Afede XIV is tonight hosting the entire playing body and technical team of the Phobians to a dinner treatment at his residence in Accra tonight.

The business tycoon, who is the Agbogbomefia of the Asogli State and President of Asogli Traditional Area, is thrilled with the performance of the Phobians in the Ghanaian top-flight – having clinched the Premier League and the FA Cup and invited them to his private residence for a dinner.

The meeting, according to Footballmadeinghana.com is to congratulate the playing body and the technical team for their historic achievement in winning the double for the season.

Some management members of the club are said to be part of the meeting as well as some key members of National Chapters Committee (NCC).

Hearts of Oak, under the guidance of Samuel Boadu beat rivals Asante Kotoko to the Premier League title with seven points difference to end their twelve years title drought.

The Rainbow boys also on Sunday at the Accra Sports Stadium defeated Ashantigold 8-7 on penalties to clinch the MTN FA Cup after a goalless draw in regulation time.

The report further stated that, the Board Chairman will use the chance tonight to assure the players and the technical team of his full support and commitment to support the team during the CAF Champions League campaign next season.