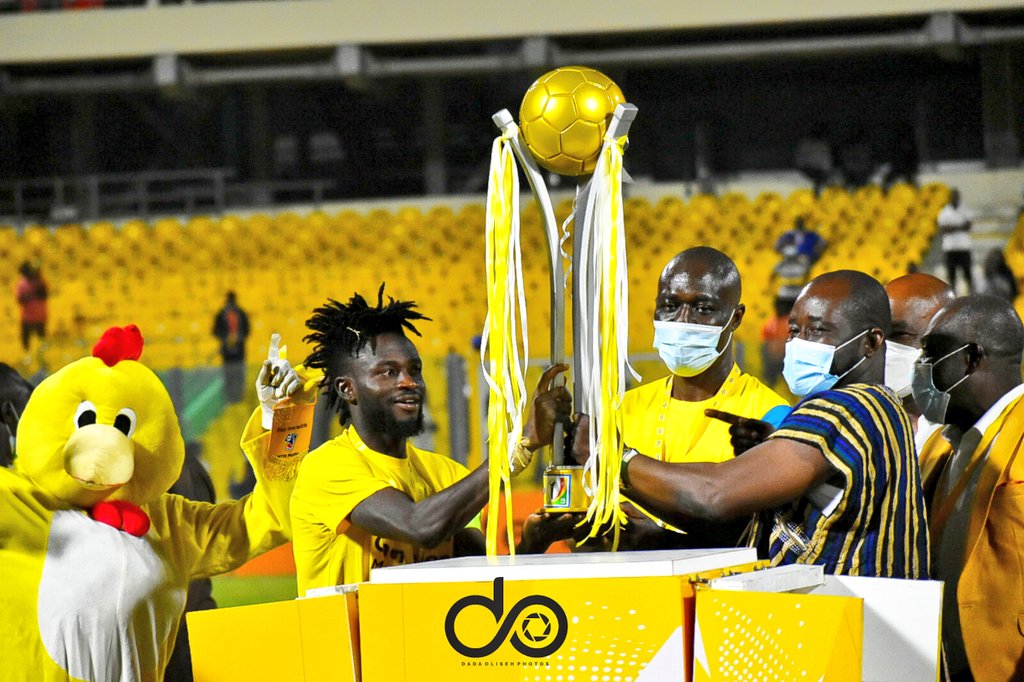 Ghanaian giants Asante Kotoko have congratulated arch-rivals Hearts of Oak on winning the domestic double in the just ended 2020/21 season.

Hearts of Oak emerged as winners of the 2020/21 Ghana Premier League and also rounded up their season with the FA Cup on Sunday.

The Phobians did the double for the first time since 2000 and in the club’s history, it was their sixth.

Hearts of Oak defeated AshantiGold on penalties in the final of the MTN FA Cup at the Accra Sports Stadium to secure their 11th trophy in the competition.

The Phobians are currently the most successful club in the FA Cup competition after securing another title on Sunday.

“Congratulations @HeartsOfOakGH on winning the 2020/21 Ghana Premier League and the FA Cup titles. See you next season”