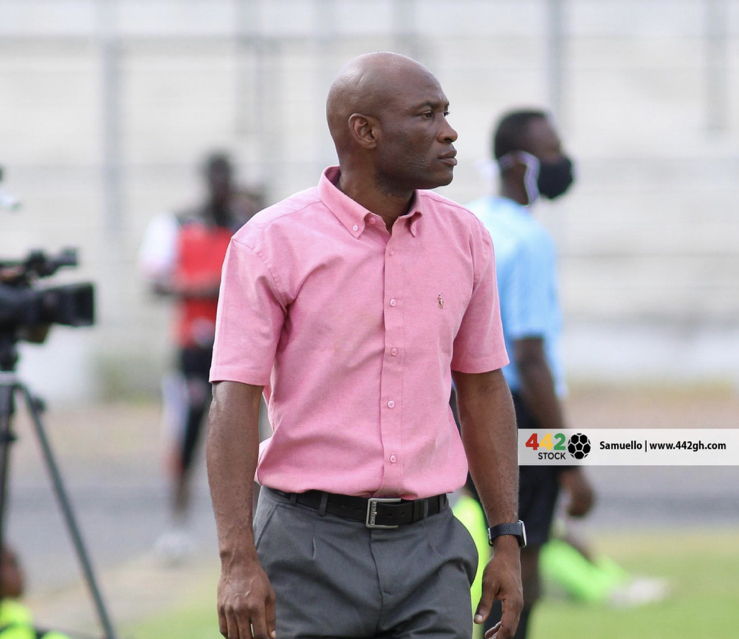 Asante Kotoko have reached an agreement with a Ghanaian Coach to take over the technical duties of the Kumasi based club after falling off with Portuguese Mariano Barreto.

Dr. Prosper Narteh Ogum will replace disgruntled Mariano Barreto who is on his way out of the technical team of the Porcupine Warriors.

After advanced talks with Dr. Narteh, the Porcupine Warriors have concluded a deal with the University of Cape Coast lecturer who will be taking over the club next season.

According to Footballmadeinghana.com, Dr. Narteh, currently with WAFA, has on two occasions met with the leadership of the management of the club and a written proposal from the club has already been submitted.

He guided WAFA to 3rd spot on the just-ended Ghana Premier League, amassing 56 points, in what appears the best season for the academy lads since they joined the premiership.

Insiders say Dr. Narteh has even submitted list of players who would want to work with at the Kumasi-based side and management has commenced processes of securing their signatures.

Following the arrival of Nana Yaw Amponsah as the CEO of Asante Kotoko, Portuguese Manager Mariano Barreto was appointed the coach of the side after Maxwell Konadu was sacked under controversial circumstances.

Asante Kotoko appointed Barreto in March 2021 after sacking Maxwell Konadu
Barreto’s reign as Kotoko coach has been pregnant with controversial media rants, describing the club as a small entity with a big name and also lashing the management for a poor training facility which does not even have a toilet and a bath room.

The recent media engagements of the Portuguese have strongly hit the management who are on the verge of parting ways with the former Black Star manager.

With Barreto departing, reports were up in the air that former Black Stars and Cameroon assistant coach Ibrahim Tanko was being considered for the job.

But insiders have disclosed to footballmadeinghana.com that Kotoko have agreed a deal with Dr. Prosper Narteh Ogum who will lead the technical team from next season.

The arrival of Dr. Narteh is likely to introduce changes in the technical team as he will be given the chance to appoint his own backroom staff and the current technical team of the club may be dispatched.

Dr. Ogum is currently the deputy manager for the Ghana Black Stars B who are currently in Prampram in a two-week camping after the closure of the Premier and Division One League seasons.