Messi in tears at press conference, says 'I wanted to stay' at Barcelona 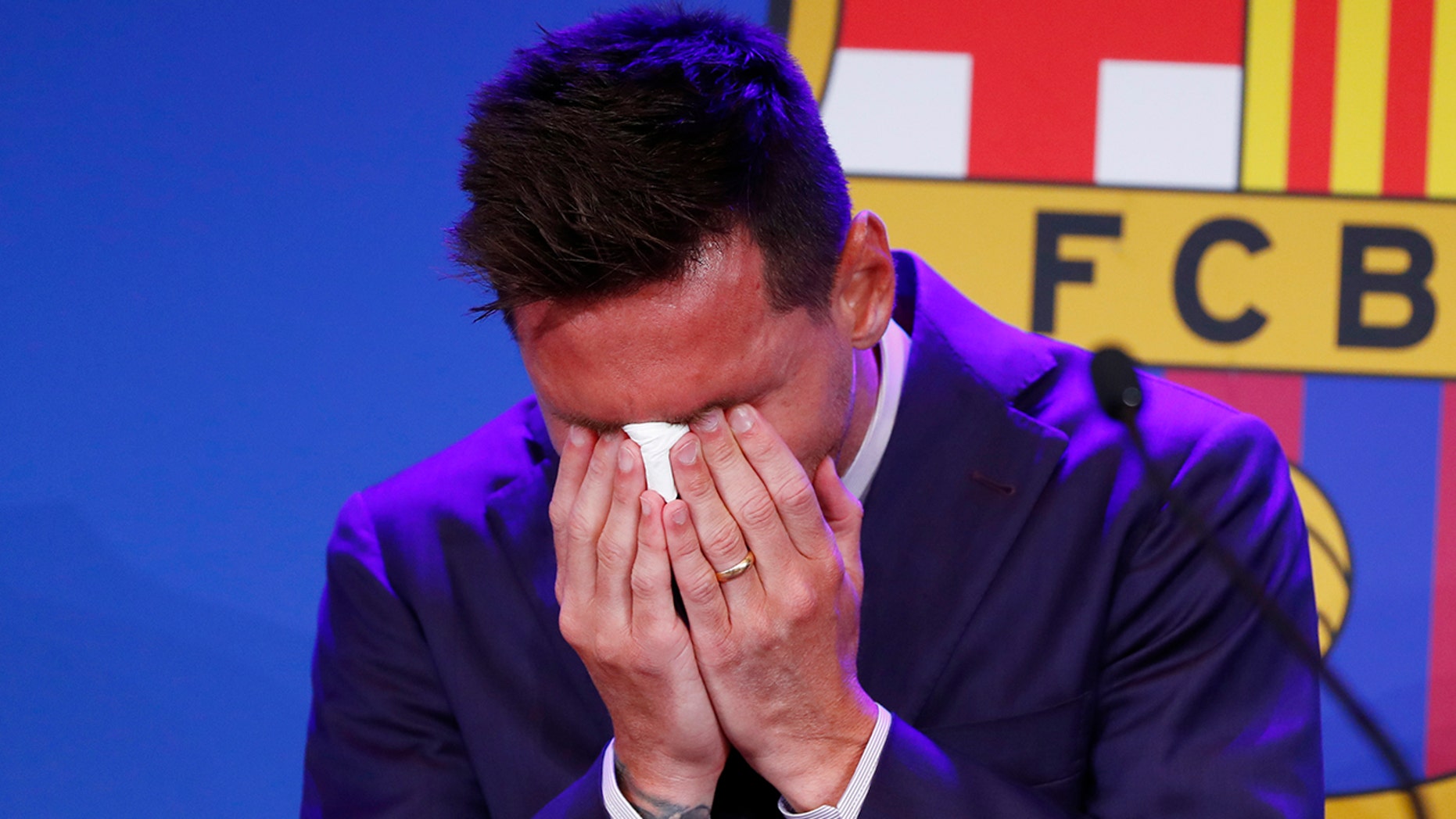 A tearful Lionel Messi said goodbye Sunday to FC Barcelona, explaining that the club’s immense debt makes it impossible to afford a player who is arguably the best ever to play soccer.

“I’ve been thinking of what to say, but the truth is I don’t know what to say,” Messi said. “I’m not ready for this.”

Last year, Messi made it clear in no uncertain terms that he wanted to leave Barcelona and La Liga, but he claimed that he planned to resign with Barcelona after his contract expired this summer. However, Barcelona announced Thursday that Messi would be leaving the club, shocking fans and clubs around the world.

“A lot of things have passed through my head, and at the same time … I can’t think of what to say,” a tearful Messi told journalists. “I haven’t come to terms with the reality of leaving this club and changing my life completely.”

Messi made clear that he was “disappointed” in the way things have played out, but he has accepted the reality of his departure from a club and city he has called home for 21 years. He stressed throughout the press conference that he has always been “honest” about his intentions in the process: He wanted to stay, but the league rules have made it impossible as Barcelona have spent too much money to be able to sign Messi.

The only way for Messi to continue would likely have been for the player to take a significant pay cut so that the club could afford his wages. As it stands, Barcelona’s immense debt of over 1 billion euroes – the result of recent attempts to overhaul the squad following the coronavirus pandemic and failures both in La Liga and the Champions League – make it impossible for Messi to stay.

Messi said he offered to take a 50% pay cut, which would have reduced his salary from roughly $1.4 million a week to only $700,000 a week – a wage that would still dwarf that of almost any other player.

Messi has been a member of the first team since making his debut a teenager in 2004. He noted the immense change that this brings for his family, since it means moving from a place they have always known as home.

“It will be a difficult change, but we will accept it and move forward,” Messi said.

Speculation focused on where Messi would go following his departure, with French club Paris Saint-Germain FC the main focus. Messi said it was a “possibility.” He said he got “a lot of calls” from many clubs when Barcelona announced his departure, but that nothing was confirmed.

He further claimed that pictures of himself with PSG players in Ibiza were a mere coincidence and not at all indicative of his intentions – particularly as it occurred before La Liga made clear that he could not play for Barcelona.

He said that moving onto something new is “the most difficult thing.”

Barcelona without Messi is a sight some supporters have never known after a player who is arguably the world’s best has spent 17 years playing for the first team. Some people are concerned about the state of the club following Messi’s departure, particularly after watching Ronaldo’s departure from Real Madrid, which reportedly saw 1 million social media users follow him to Juventus.

“This club is more important than any one person,” Messi said. “People will get used to it. It will be weird, but there are really good players … it will be easy for them.”

When asked if there was a chance to returning in person for an “homage” with fans, Messi said he would, but that it “wouldn’t be the same.” Messi’s final matches for La Liga were played without fans due to safety protocols during the pandemic.

Knowing he will possibly have to face Barcelona, Messi said that will play his heart out for whichever club he ends up calling home.

“There is no doubt that I will go to a team that will possibly compete with this club, but I want to keep competing and winning,” Messi said.