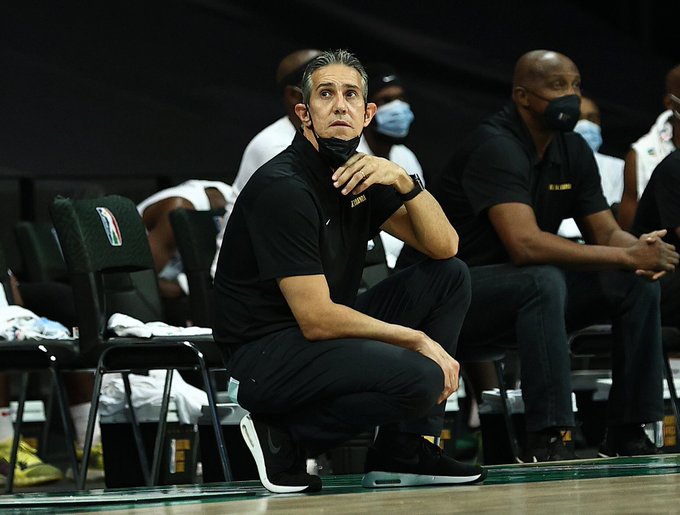 Head Coach of Angolan side Petro Do Luanda Petro Neto will be on NBA side Brooklyn Nets Coaching staff during the team’s participation in the 2021 NBA Summer League.

The Summer League takes place in Las Vegas from August 8 to August 17 and all 30 NBA teams are scheduled to compete in the preseason tournament.

This news comes on the back of Neto leading Luanda to clinch third place in the inaugural Basketball Africa League (BAL) in Kigali, Rwanda earlier this year.

BAL is a continental basketball championship in Africa by the NBA in conjunction with Africa’s basketball governing body FIBA-Africa. The maiden edition was won by Zamalek thanks to 76-63 win over Tunisian side US Monastir.

Luanda beat Patriots from Rwanda 97-68 to win third place. Neto is a 50 year veteran Brazilian Coach who won the 2014 FIBA InterContinental Cup and was named Brazilian League Coach of the Year in 2016.

Brooklyn Nets are scheduled to play Memphis Grizzlies on Monday, August 9 in its opening at the Summer League. Ghana Center Amida Brimah will play for Indiana Pacers.