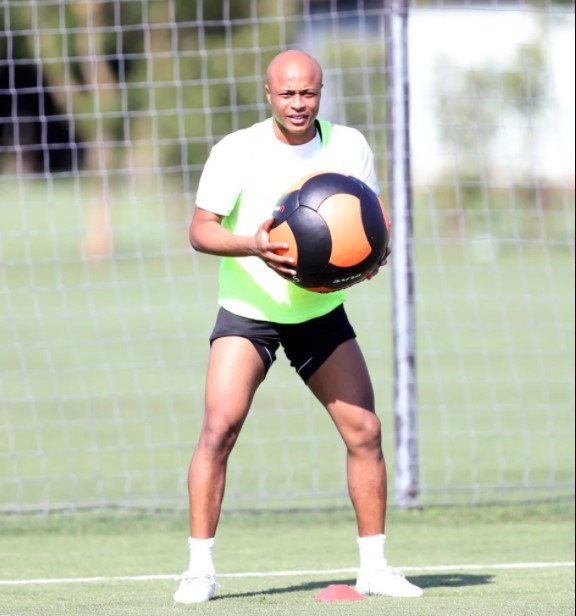 Andre Ayew said he knew Al Sadd was ‘the right place’ for him to continue his career speaking with the club’s manager Xavi Hernandez.

The Ghana captain in a recent interview credited the Barcelona and Spain legend for the important role he played in his lucrative transfer to the club.

“As soon as I was informed that Al-Sadd was interested, I thought straight away that it was a very good idea for me. For me, it’s the best club in the Gulf; I watched their style of play and it’s the best club here,” Ayew told his new club’s official website.

“It’s also a club with which I have a personal history due to my father. I followed the club when I was young because my father always followed the club’s results. It wasn’t a surprise for me, I was very happy and proud, but I had to take some time to make the decision, because I had a few offers from the Gulf and from Europe, so I had to take time to make the right decision.”

“But as soon as I spoke to the coach Xavi, I knew this was the right place for me for my future. Then I took the decision to come and everything happened fast.”

Ayew is presently in Barcelona with his new teammates preparing for the new season which is expected to start in September.