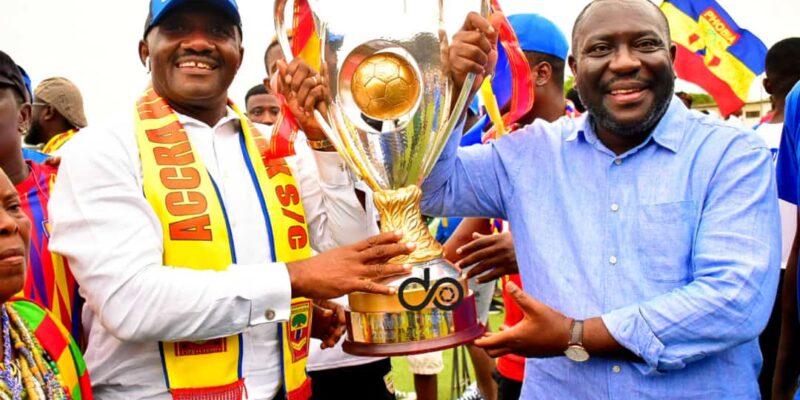 Accra Hearts of Oak will be embarking on a brief training tour ahead of their CAF Champions League campaign.

According to reports plans are far advanced to ensure the team prepares before kicking off the competition.

As part of measures to keep the team in proper shape for the imminent task, club top officials are engaged in series of actions and plans for the team.

The sources indicated that a brief spell in another country will aid both the technical bench and the players.

For the technical bench, such a journey will afford them the opportunity to impart tactics and formations to the players.

Staying outside Ghana will give them enough space to equip the players with what they want, get the players to concentrate fully for progress.

The environment alone has its impact on the players as they will be winding up preparations in that country.

For the players, training outside the country will expose them to other things yet to be seen and experience in their career.

Per the reports, many countries are under consideration as weather conditions and facilities will be bedrock for a final decision.

A country with favourable weather conditions and endowed with remarkable facilities that could add value to the ambitions of a team will be chosen.

Per this, it is likely an European country or one of the Gulf states will get the nod to host the reigning champions from Ghana. It will also come as not surprising if officials of Accra Hearts of Oak choose an African country or a neighboring country as such.

Accra Hearts of Oak will hit the gear running by way of intensifying preparations for 2021/22 CAF Champions League. The Rainbow boys earned the slot to play in CAF Champions after clinching the Ghana Premier League.

The club is in hot pursuit of other players to bolster the squad for the competition. Accra Hearts of Oak will be wrapping up those deals to be able to meet the deadline for registration, according to dates provide by Africa’s football governing body.

The club has captured former Medeama striker Isaac Agyenim Boateng. West African Football Academy, WAFA, duo of Enoch Asubonteng and Konadu Yiadom have completed their medicals with Accra Hearts of Oak, waiting for the official approval from their mother club.

The first leg matches of the first round are expected to take place between 10th to 12th September 2021, whiles the reverse fixtures follow a week later.