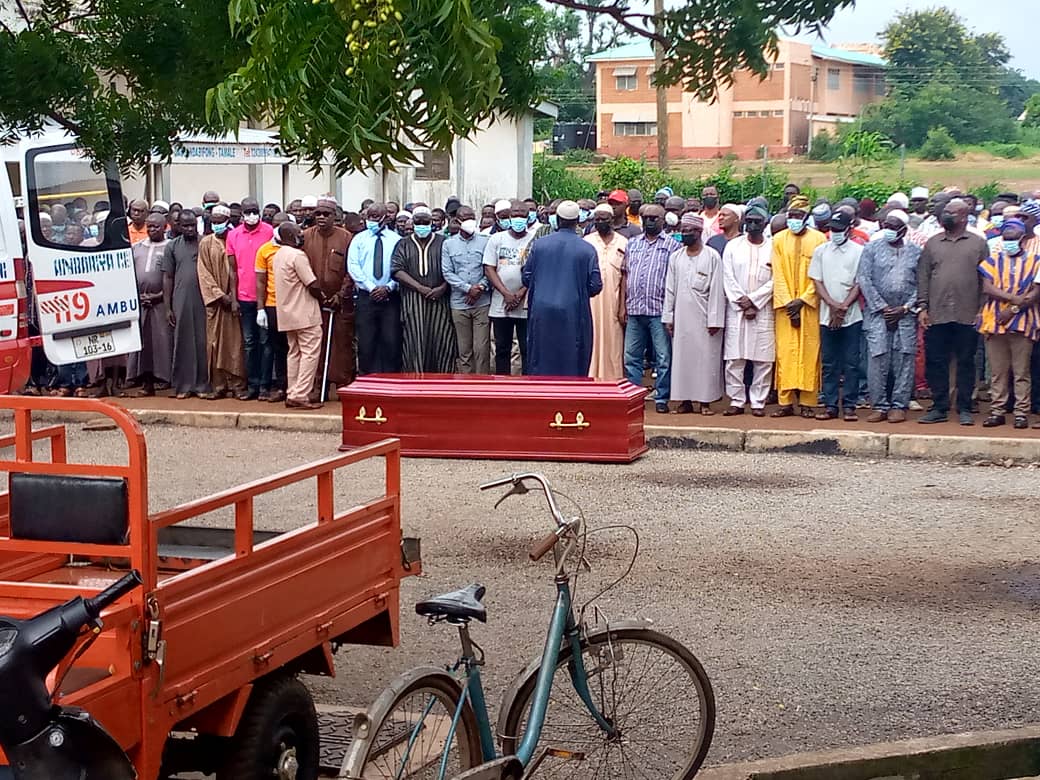 The body of the late Jones Alhassan Abu has been laid to rest in his home city of Tamale on Wednesday morning.

The late Jones passed on in the capital city of Ivory Coast, Abidjan, on Tuesday while on football duties.

He was a member of the delegation that traveled with Hasaacas Ladies during their WAFU Zone B Women’s Champions League.

The dead body was brought to Ghana via a special Airforce flight from Abidjan to Tamale on Tuesday evening.

Following Islamic conventions, a special Janaazah Prayers were offered for the late Jones Alhassan Abu and buried at the Tamale Cemetery moments later.

The late Jones was a member of the Black Stars Management Committee, and also the Division One League Board.