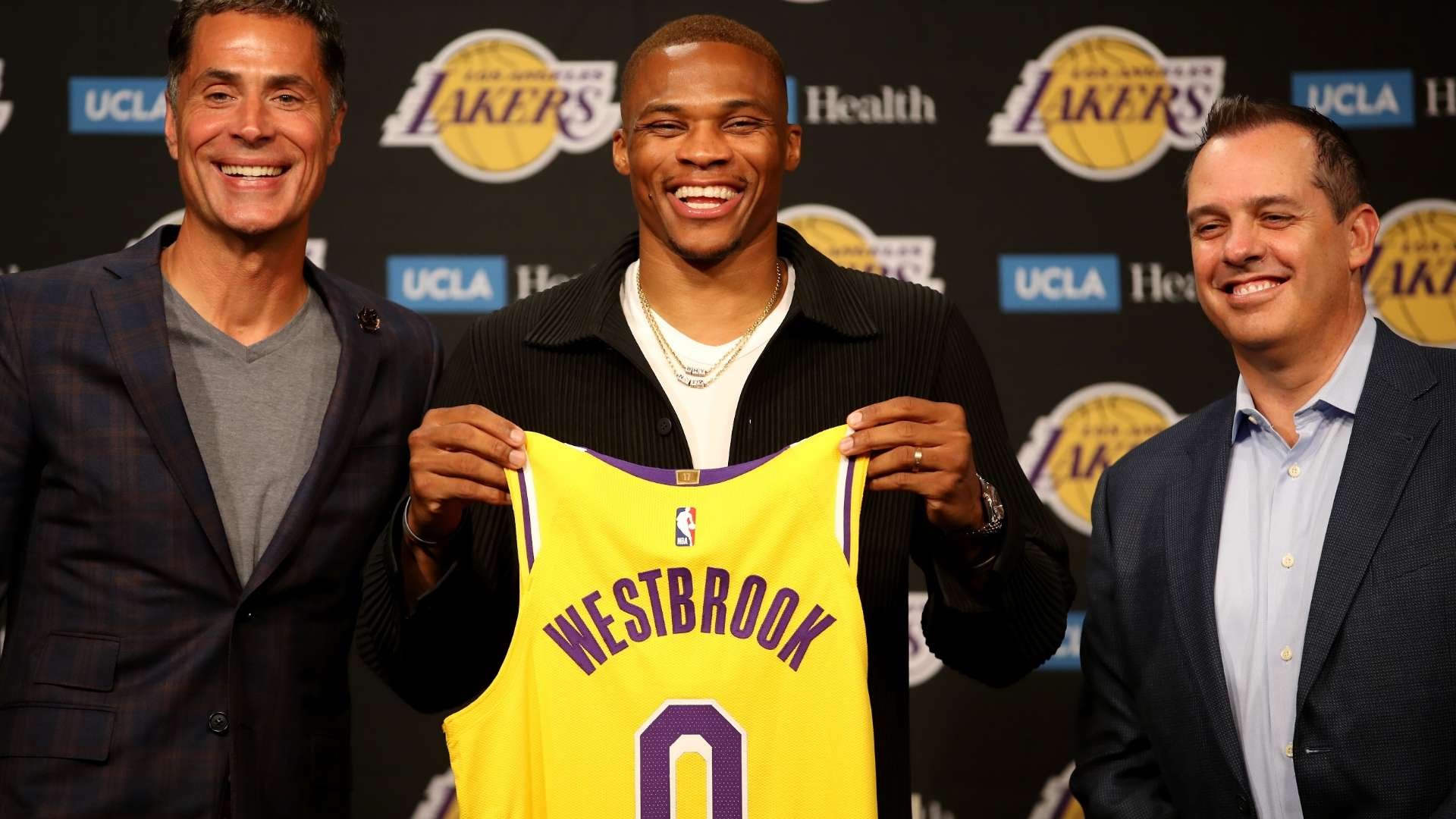 The news of Russell Westbrook coming home to play for the Los Angeles Lakers is not only a win for the team but also a win for the community at large.

Westbrook was officially introduced by the Lakers on the afternoon of Aug. 10.

While Westbrook is known for his unmatched basketball abilities, he’s also acknowledged for his philanthropic work. His foundation, the Russell Westbrook Why Not? Foundation, founded in 2012, has a mission to inspire young people and create pathways of empowerment for underserved communities.

The Long Beach native and former UCLA Bruin has worked with other local organizations over the years, including the Crenshaw YMCA. Westbrook and the Jordan Brand helped unveil a new basketball court and upgraded the sports facility at the YMCA.

“One year ago, I gave Russell a tour of the building and told him the vision that our team had for how we wanted to see this building, full of kids learning everything from artificial intelligence to virtual reality, tech, to being able to come here and enjoy healthy lifestyle programming. He came in with the Jordan Brand team and actually invested $800,000 dollars worth of improvements into our building which includes a brand new court, hardwood court, beautiful murals, a tech lab and a myriad of different other things,” said Veda Ramsay-Stamps, the Executive Director of the Crenshaw YMCA.

Ramsay-Stamps was overjoyed hearing Westbrook will be coming home.

“As soon as I found out that he is going to the Lakers, I came into our gym and I made that announcement and the whole audience, the whole room lit up into joy. We’re so happy. We see this as a big win for not only just Los Angeles but for South LA as well,” she said.

Christopher Stokes, a 12-year-old basketball star who aspires to play at Duke University someday, is also excited about the deal, saying he looks up to Westbrook.

“I’m so happy. Here comes another ring. We’re about to go back to back. Great job Lakers for getting that man. He’s a really good dude and he can shoot from three here and there. He can dunk on you. He’s really good. I really look up to him,” said Stokes.