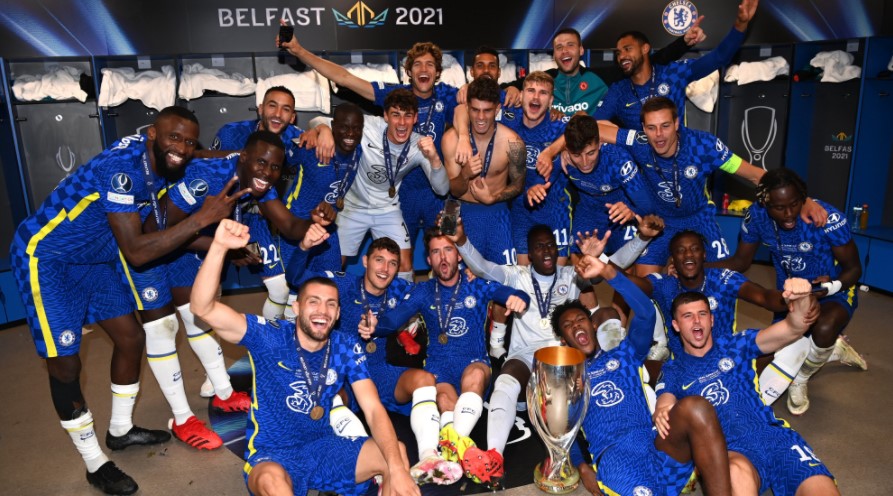 Chelsea FC won the UEFA Super Cup on Wednesday with a 6-5 penalty shootout victory over Villarreal CF at Windsor Park in Belfast to get the 2021-22 European season underway. The two sides were tied, 1-1, at the end of 90 minutes and the end of extra time.

After some crossbar and post-rattling misses for the La Liga side, Gerard Moreno equalized for Villarreal in the 73rd minute.

Thomas Tuchel’s men ultimately triumphed on penalties with a 6-5 success to their names, but the Chelsea manager made a surprise move before the end of the second period of extra time.

The move, like most of Tuchel’s in 2021, worked out. Kepa denied a pair of kicks, including stopping Raul Albiol’s to clinch the victory.

Pulisic, Mason Mount and Antonio Rudiger were among the successful penalty takers for the Blues, who scored six straight PKs after Kai Havertz missed the opener.

The focus now shifts to the UEFA Champions League as both teams await the Aug. 26 draw in Turkey where they will learn which teams are in their respective groups. Before that, there’s Champions League play-off round matches next week.